Taking into account the existing problems in the Russian Federation’s economy, which were caused by both global slowdown and the sanction policy of the foreign countries toward Russia, the public function of development and support of competition becomes increasingly significant. 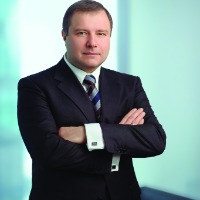 Antimonopoly regulation in Russia is one of the most important factors that put an impact on the economic development of the country. Recently there has been an increase of such impact, which leads to modification of the existing and formation of the new institutes of antimonopoly legislation.

The basic role in these processes plays the Federal Antimonopoly Service (FAS Russia), which became one of the most active public authorities in recent years and has a substantial influence on economic matters in the Russian Federation.
FAS Russia gains more and more power, not only regarding the regulation but also in relation to other spheres of public regulation that previously belonged to other state authorities. For example, the recent amendments to the Russian legislation granted FAS Russia with the power of tariff regulation in the sphere (this was done by the Federal Tariff Service before its abolishment), as well as in the sphere of state defense order (earlier this authority belonged to the Federal Service of Defense Order).

Taking into account the existing problems in the Russian Federation’s economy, which were caused by both global slowdown and the sanction policy of the foreign countries toward Russia, the public function of development and support of competition becomes increasingly significant.

It may be noted that the attention of FAS has been recently concentrated on traditional monopolies, like Gazprom OJSC, and RZD OJSC. As far as the activity of these entities (among others) falls under the tariff regulation, FAS Russia will be granted with the authority in this sphere and provided the service with lever of control and pressure over these subjects. This allows the antimonopoly authority to pressure these entities’ policies relating to business conduct more effectively, frequently correcting the direction of their development and restraining their aggressive market behavior in favor of of competition in the markets where such competition is underdeveloped.

Besides this, we may also note the strengthening of FAS’ activity in the direction of suppressing common level prices and inflation. For example, recently FAS has been focused on the companies that compose the whole logistic chain (carrier, stevedore, etc.), whose services are sufficiently involved in the expenses of the manufacturers the final reckoning is priced in the market and passes in the end to consumers. The result of such focus became initiation by the antimonopoly authority of a few proceedings toward stevedores and operators of rolling stock.

FAS Russia forms a sustainable practice of antimonopoly regulation application in those product markets where dominant entity is absent. For these purposes, FAS develops and institutes a collective dominant position against a few entities (for example, a case against cellular mobile operators).

The recent amendments to the legislation still further shift the focus of the antimonopoly authority from small- and medium-sized business to the bigger enterprises. Frequently, between FAS Russia and the big companies passes in the sphere of court proceedings where more and more disputes terminate by amicable agreement. By means of such dispute settlement mechanisms, FAS Russia achieves the effect where the big companies undertake obligations on taking measures for competitive support and conscientiously fulfill them, and the entities in their turn gain some indulgence toward behavioral restrictions and an application of liability measures.

It is also important to note the tendency, connected with the increase in control of the regional authorities, who in one form or another provide some entities with help in prejudicing against the interests of the others.

Therewith the antimonopoly authority encourages and in every way promotes the ideas of development and integration of an compliance system.   there is much discussion on amendments in different stages to the legislation that will allow companies to avoid or sufficiently limit the liability for legislation breaches if a company introduces and applies an effective compliance system.

Summarizing the above, it should be noted that the dialogue between the antimonopoly authority and the entrepreneur community has begun to improve. At the expense of mutual concession, this dialogue gradually leads to an establishment of between the interests of the major business and the necessity to support and develop competition. We may see a tendency to limit governmental interference in the commercial activity of companies due to a formation of an legislation culture that, in the end, brings improvement to the economy and increases investment attractiveness in Russia.