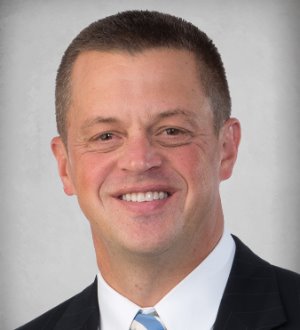 Tony Comden is a Member of Miller Johnson and has been practicing law since 1994.  His practice is focused on representing employers in employment and labor matters including employment litigation.  Much of his recent experience has been with clients in the health care industry.

Mr. Comden regularly assists clients on a variety of human resource matters including wage and hour, discipline and discharge, employee handbooks, non-compete agreements, personnel policies, and workforce reductions.  He strives to provide practical legal advice that is consistent with the clients’ culture, values, and business goals.

Mr. Comden is noted for expertise at counseling employers on statutory compliance with Title VII, the Family and Medical Leave Act (FMLA), American with Disabilities Act (ADA), and the Fair Labor Standards Act (FLSA), among other statutes.

He regularly represents clients in administrative matters before the Michigan Unemployment Agency, the Michigan Department of Civil Rights, the Equal Employment Opportunity Commission, the Office for Civil Rights, and other state and federal agencies.

Mr. Comden represents management in employment litigation matters across the country, many of which involve discrimination, harassment or statutory compliance.  He has also represented several employers in retiree health insurance class action cases across the county.He is admitted to practice in all Michigan State Courts as well as the United States District Courts for the Western and Eastern Districts of Michigan, the Western and Eastern Districts of Arkansas, the Northern and Southern Districts of Texas, and the United States Courts of Appeal for the Second, Third, Fourth, Fifth, Sixth, Seventh, Eighth and Tenth Circuits.

Some representative cases include: