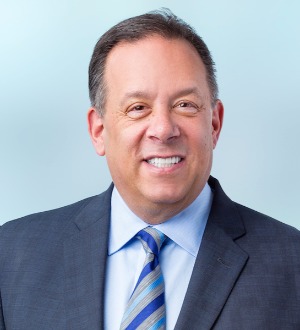 Lerch, Early & Brewer, Chartered
"Steve Robins knows everyone in Montgomery County and everyone knows him. He can effectively lead you through the permit process in the county, as well as help you deal with the many interest groups that are involved with the permit process."
"Steve knows everyone in Montgomery County, has a great way with people, and is highly respected by all of the government officials who deal with development matters in the county."

Steven Robins is a land use attorney at Lerch, Early & Brewer in Bethesda, Maryland who represents prominent national and regional developers, contractors, lenders and commercial property owners and has been involved in many high-visibility projects in Montgomery County.

Many transit-oriented, smart growth, mixed-use projects that are shaping the future development of Montgomery County have benefited from Steve’s legal guidance, such as Wisconsin Place in Friendship Heights, North Bethesda Market in White Flint, Grosvenor Village and the current redevelopment of Wheaton, including the new Safeway and the MetroPointe community.

Steve has earned a reputation among his clients as a lawyer who is available to them 24/7 and who is committed to their success. Passionate and results-oriented, he has earned the respect of county officials as well as clients for his effective counsel and lobbying. He is admitted to practice law in Maryland, the District of Columbia and Virginia.

Steve recently was named the region's “Top Lawyer for Land Use and Zoning” by the Washington Business Journal for his work in transit-oriented development. He also is listed in the current edition of Best Lawyers, the oldest and most respected peer-review publication in the legal profession, for his work in the area of land use and zoning law. He has been recognized by the publication every year since 2007.

Steve serves on the Maryland-National Capital Building Industry Association board of directors. He also serves on the Montgomery County Executive’s Smart Growth Task Force, and often lectures on smart growth and other related topics at Georgetown University Law Center and other forums. Since 2001, Steve has chaired the Montgomery County Public Safety Awards. He also is active in the Urban Land Institute. He is a life board member of the Montgomery County Chamber of Commerce and formerly served as its board chair. Steve is a graduate of Leadership Montgomery. He also served as counselor to the board of the Hebrew Home of Greater Washington and as president of the Ring House, a senior housing facility.  Steve received one of the Washington Hebrew Congregation's Avodah Honors Awards, given to congregants who represent the true meaning of “avodah” - good deeds in the form of service and work - both within the Temple and the greater Washington community. In addition, the Daily Record gave Steve its annual Leadership in Law award in recognition of his contribution to the community.

Steve received his Bachelor of Science, with distinction, from the University of Michigan and earned his Juris Doctor from the Georgetown University Law Center.

A dedicated sports fan, Steve has a particular passion for his alma mater, the University of Michigan Wolverines, as well as for the Washington Redskins and Capitals.

"Steve knows everyone in Montgomery County, has a great way with people, and is highly respected by all of the government officials who deal with development matters in the county."

View Firm Profile
Lerch, Early & Brewer, Chartered
http://www.lerchearly.com
Headquarters
7600 Wisconsin Avenue, Suite 700
Bethesda, MD 20814-3663
(301) 986.1300
Contact Steven A. Robins
If you would like this lawyer to contact you directly in regards to a legal matter, please fill in the relative information below. The lawyer will then be sent your inquiry.
Your message was sent successfully!
Legal Disclaimer: Any information sent to Best Lawyers® or referred to a lawyer listed in Best Lawyers® via Internet e-mail or through the Best Lawyers® Web site is not secure and is done so on a non-confidential basis. Communication with Best Lawyers® or an Lawyer listed in Best Lawyers® via Internet e-mail through this site does not constitute or create a lawyer-client relationship. Best Lawyers® does not necessarily endorse, and is not responsible for, any third-party content that may be accessed through this website.
Add Comment
Your comment was saved successfully!
Thank you for your feedback.