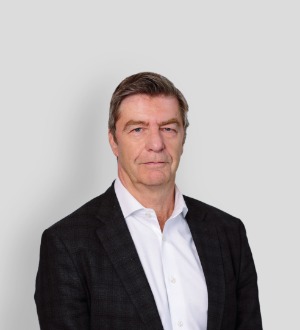 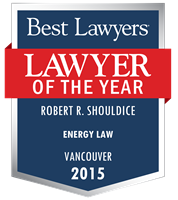 Robert Shouldice is a partner at the Vancouver office of Borden Ladner Gervais LLP. Mr Shouldice practises corporate and commercial law in the areas of acquisitions, mergers and divestitures, with a particular focus on energy and transportation transactions and infrastructure projects, corporate reorganizations and corporate governance matters, for both domestic and international clients. His transactions range from billion-dollar railway and port terminal M&A transactions to public-private partnership transactions, to complex outsourcing transactions, to energy and mining joint ventures both domestically and internationally. Mr Shouldice is a former adjunct professor of corporate law at the University of British Columbia Faculty of Law; former chairman, Business Law Section of the Canadian Bar Association, British Columbia Branch; and a former director of the Canadian Petroleum Law Foundation and Independent Power Producers of British Columbia. He was recently selected by his peers for inclusion in The Best Lawyers in Canada 2010 in the fields of corporate law and energy regulatory law, has been listed in the Lexpert/ALM Guide to the Leading 500 Lawyers in Canada (corporate), and was the recipient of the 2010 ILO Client Choice Award for General Corporate in Canada. Mr. Shouldice is admitted to the bars of British Columbia and Alberta, and holds a law degree and a business administration and commerce degree from the University of Alberta.

272 The Best Lawyers in Canada™ awards

26 Best Lawyers: Ones to Watch in Canada awards