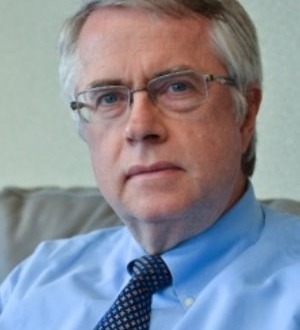 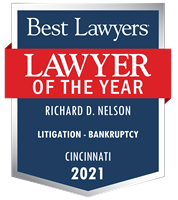 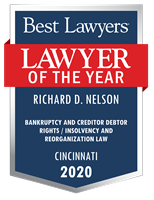 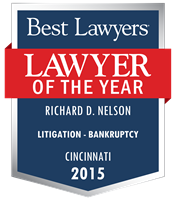 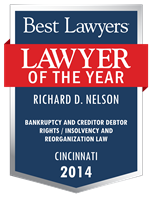 Rick Nelson’s practice is concentrated in the areas of business representation and reorganization, financial workouts, bankruptcy, probate administration, services as a fiduciary in State and Federal Courts, and general business and corporate matters. He has been involved in a broad spectrum of financial and bankruptcy related cases and litigation matters, and has appeared in numerous federal and state courts. He also represents a number of businesses and banks on general corporate matters.

Rick has been a Chapter 7 Panel Trustee in the Southern District of Ohio since 1990 and has extensive experience in representation of debtors, creditors, and creditors’ committees in Chapter 11 cases and in out-of-court workouts. In addition to his services as a Chapter 7 Trustee, he has served as a Chapter 11 Trustee and has operated and liquidated businesses in over 100 separate cases.

Rick has been a member of the National Association of Bankruptcy Trustees (NABT) since 1991 and has been a member of its Board of Directors since 2008 including a term as its President. He has been recognized as an Ohio Super Lawyer continuously since 2006 including recognition twice as one of the top 100 attorneys in the State of Ohio. Rick is also a frequent speaker at a number of seminars on bankruptcy, business reorganization and ethics topics.