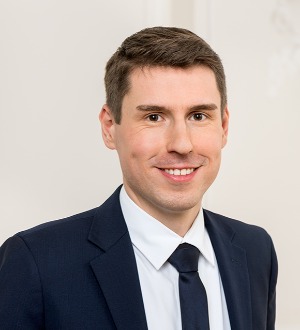 Navigate to map location for Philipp Widera Visit the website for Philipp Widera at https://www.vossius.eu/en/attorneys-professionals/profile/philipp-widera
Your comment has been submitted!
We have encountered an error and are unable to process your comment at this time. Please refresh the page and try again later.
Add Comment
In making your comments, please do not refer to a pending legal matter.
Share My Profile
Post on Social

Philipp Widera joined VOSSIUS in mid-2017. As a bar-certified specialist attorney for Intellectual Property, he advises and represents national and international clients on all aspects of intellectual property law and related competition law issues, with a particular focus on contentious patent law matters. Before joining VOSSIUS, he had worked for two other leading law firms in the field of patent law gaining experience in a wide range of technical areas, especially mobile communications and life sciences.

Mr. Widera studied law at the Leibniz University of Hanover. After having completed the first state exam, he was awarded the title LL.M. in intellectual property law by King's College London. During his master studies he focused on an analysis and comparison of intellectual property law in the US as well as the most important European jurisdictions. Apart from that, he concentrated on EU-Competition Law. He legally clerked inter alia in the IP department of a major German law firm as well as one of the oldest commercial law firms in New York City.

Philipp Widera regularly lectures and publishes on current issues of patent law. He is a member of the Sedona Working Group on SEP/FRAND (Global Edition) as well as the German Association for the Protection of Intellectual Property (GRUR), the Licensing Executives Society (LES) and the German Bar Association (DAV).

For the year 2020/2021, Managing IP honoured him as a “Rising Star” in Germany. In June 2021, he was also included in the inaugural edition of “Ones to Watch”/”Anwälte der Zukunft” by Best Lawyers in cooperation with Handelsblatt.

Recognized in Best Lawyers: Ones to Watch in Germany 2023 for work in: