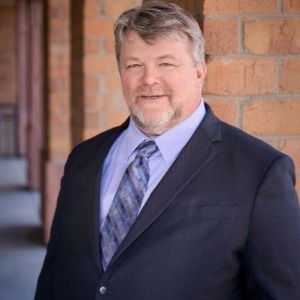 Mike Thomson joined Purvis Gray Thomson, LLP in the fall of 2001. Since then, he has represented plaintiffs in a variety of civil lawsuits. Mike limits his practice entirely to civil litigation. The majority of his cases involve either serious automobile and trucking accidents or complex litigation including product liability, civil rights violations, brain injury/spinal chord injuries and wrongful death. He was the lead attorney in separate wrongful death product liability actions against Taser International, Inc. and Daimler Trucks North America, Inc. He was co-counsel with John Purvis in a defective seatback case against Ford Motor Company in which the jury returned a verdict of more than $2.9 million in damages.

A number of Mike's cases have been written up in both the Denver Post and the Daily Camera. Mike Thomson's practice has given him experience in Federal and State District Courts as well as Federal and State Appellate Courts. His experience both before and after joining the firm gives him detailed knowledge of the operations of various governmental entities and the laws which govern the operations of such entities.

After graduating from law school, Mike worked as a political consultant in the state of Colorado for candidates for U.S. Senate, House of Representatives, State Legislature, District Attorney, and local school board. From January 1999 thru June 2000, Mike Thomson was the Director of Community Relations and Lobbyist for the Boulder Valley School District. During his tenure with the school district, the Daily Camera in an editorial once referred to him as "The ambassador for our schools." Just as he was a strong advocate for the students of Boulder Valley School District, he is now a strong advocate for his clients and their rights.

Mike has spent his entire legal career working with John Purvis and Bill Gray, working for them as a law clerk while he was in law school and then returning to the firm as an associate attorney in 2001. He is honored to be part of a law firm that practices law with such distinction and integrity.