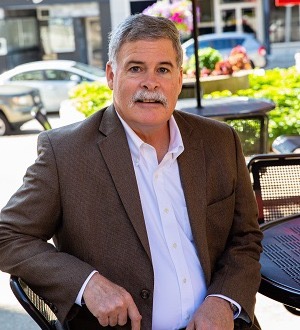 John A. Collins, III, is a Director/Shareholder who concentrates in the areas of Personal Injury Law and Criminal Law. He is a member of the Connecticut Bar.

Attorney Collins has successfully obtained verdicts or public settlements on behalf of clients ranging from a $10 Million settlement for a young girl badly burned in a school fire, a 2008 verdict of $379,000 (including interest and costs) for a 22 year old woman injured in an automobile collision, a recent $225,000 settlement for an individual wrongfully deprived of 401k funds and a $1 million judgment for a victim of sexual abuse. Disclaimer: Of course, past results are no indication as to the value or results likely to be obtained in any present and future claims.

John A. Collins, III has been recognized by his peers by inclusion in Connecticut and New England Super Lawyers 2021-2010, 2008-2009 in the field of Personal Injury, Products Liability and Criminal Defense. He has achieved the highest peer recognized rating of AV 5.0/5.0 from Martindale Hubbell. and AVVO 10.0/10 (2020).

The Connecticut Bar Foundation honored Attorney John A. Collins, III in 2005 with its selection of Attorney Collins as a Life Fellow. "Selection as a Fellow requires demonstrated superior legal ability and devotion to the welfare of the community, state and nation, as well as to the advancement of the legal foundation". Source: Connecticut Bar Foundation. The Connecticut Law Tribune honored Attorney Collins when it awarded him its Lifetime Achievement Award in 2020.

Attorney Collins has authored two publications of note. In 2004, he was selected as a seminar presenter by the Connecticut Trial Lawyers Association to address the topic of construction site injuries. His paper, authored with the assistance of Robert G. Tukey, is entitled: PURSUING NEGLIGENCE ACTIONS ARISING FROM CONSTRUCTION SITE INJURIES: 2004. The article was presented at a seminar in February 2004 addressing legal issues involving contractor and subcontractor liability for construction site injuries. The white paper addresses the historical underpinnings of such liability up to 2004. Copies are available upon request: jcollins@sswbgg.com.Attorney John A. Collins, III also authored a scholarly work as a law student entitled: Self Determination in International Law, Case Western Reserve Journal of International Law, 1981.

Accidents Happen When You Least Expect Them

An unexpected injury can be frightening and disorienting, whether from an automobile accident, slip-and-fall, or a “freak” accident. It is helpful to know your rights, and consider in advance the important steps you should take in these situations.