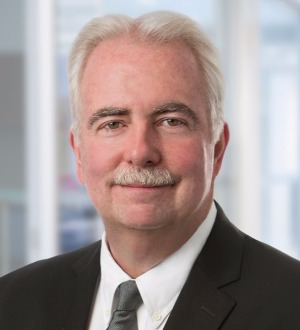 Navigate to map location for Hal Hicks III Visit the website for Hal Hicks III at https://www.skadden.com/professionals/h/hicks-hal
Your comment has been submitted!
We have encountered an error and are unable to process your comment at this time. Please refresh the page and try again later.
Add Comment
In making your comments, please do not refer to a pending legal matter.
Share My Profile
Post on Social

Hal Hicks, a partner in Skadden’s Washington, D.C. office, is the global head of the firm’s international tax practice. He also is a member of the firm’s Opinion Committee. His practice focuses on a wide range of international tax issues for multinational corporations, partnerships and other entities involving both tax planning and tax controversy. Mr. Hicks has broad-based experience, particularly in the areas of international M&A, foreign tax credit, transfer pricing and subpart F. He is a highly recognized and frequent speaker and author.

Mr. Hicks repeatedly has been recognized as a leading tax adviser in Chambers Global: The World’s Leading Lawyers for Business, Chambers USA: America’s Leading Lawyers for Business, Euromoney’s Guide to the World’s Leading Tax Advisers, The Best Lawyers in America (Tax and Tax Controversy), Tax Directors Handbook, The International Who’s Who of Corporate Tax Lawyers, Who’s Who in American Law and in the international tax section of The Legal 500, among other publications. He is a fellow of the American College of Tax Counsel. Prior to coming to Skadden, Mr. Hicks served as the International Tax Counsel at the Department of Treasury from 2005-2007, and as Associate Chief Counsel (International) in the Office of Chief Counsel at the IRS from 2003-2005. He is one of only two people to hold both top international positions at Treasury and Office of Chief Counsel.

Since coming to Skadden in 2007, Mr. Hicks has represented clients in a wide range of transactions and other matters, including:

Prior to his government service, Mr. Hicks had been in private practice for many years, representing clients in planning and controversy on both outbound and inbound matters, as well as on domestic matters.