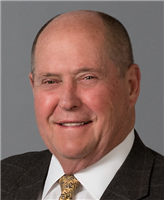 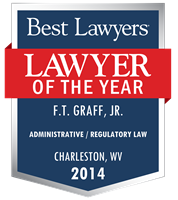 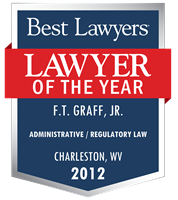 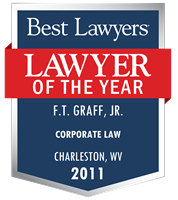 F. T. Graff, Jr., a practicing attorney since 1964, is the former Managing Partner of the firm and practices in the areas of business and commercial law, banking law and mineral law. His law practice began in real estate and coal, oil and gas law and evolved into a commercial and banking law practice, as well as natural resources. He has represented sole proprietorships, corporations, partnerships, limited liability companies and banking institutions, large and small, and has been involved in acquisitions and sales of businesses or business assets with extensive experience in the purchase and sale of coal, oil, gas and timber assets and properties. Mr. Graff also has participated in the planning, conceptualization, negotiation and settlement of numerous significant commercial transactions and claims, including the regular representation of clients in loan and capital related transactions. He currently acts as counsel and advisor to corporate executives and many of the firm’s commercial clients.

During his career, Mr. Graff has demonstrated a commitment to the business community. He currently serves as director and executive committee member of United Bankshares, Inc., director of Fahlgren, Inc. and chairman of the board of directors of the Bank of Mt. Hope. He is the president and director of Graff-Lane Properties, LLC, and serves as one of three trustees for twelve private trusts involving oversight of several businesses and numerous passive investments. He is chairman and president of the Chemical Alliance Zone, a director of the West Virginia Chamber of Commerce and a director emeritus of the West Virginia Roundtable. He formerly served as a director and member of the executive committee of the Bank of Dunbar; and as a member of the boards of directors of McDonough Caperton Insurance Group, Inc. and Acordia of West Virginia.

He acted as Managing Partner of Bowles Rice McDavid Graff & Love from 1986 to 2007. During that time, the firm grew from 30 attorneys in one Charleston office in 1986 to an organization of more than 120 attorneys and seven offices in West Virginia, Kentucky and Virginia. Mr. Graff earned a bachelor of arts degree in 1961 and a law degree in 1964 from West Virginia University. He served as Law Clerk for the Honorable John A. Field, Jr., United States District Court for the Southern District of West Virginia, 1964-65.

Mr. Graff is recognized by Martindale-Hubbell with an AV, preeminent, peer-review rating. He has also been recognized in The Best Lawyers in America, Super Lawyers and is cited as one of America’s Leading Lawyers in the prestigious Chambers USA Client’s Guide. He was named Best Lawyers’ 2014 Administrative/Regulatory Law Lawyer of the Year for the southern West Virginia region.

"Attorney Tom Graff has served as a trustee for trusts that I have established for my children. In addition, he has served as a valued business and legal advisor to our companies for over 40 years. It is rare that I have ever made a significant business decision without input from Attorney Tom Graff. Bowles Rice McDavid Graff & Love is a well-respected law firm, and they bring credibility to various matters when they represent us."

"Mr. Graff is a real professional. He gets it done."