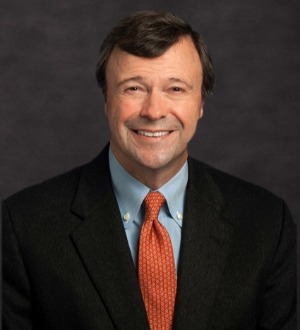 Paine, Tarwater, & Bickers, LLP
"Dwight Tarwater is one of the finest gentlemen and lawyers in the business of high-stakes mass tort litigation and personal injury trial work. He has developed a firm culture of caring, respectful intellectuals who fight hard for the rights of their clients. "

In 2006, he became a fellow in the American College of Trial Lawyers. Mr. Tarwater has been a member of the Knoxville, Tennessee and American Bar Associations since his licensure in 1980. He served as President of the Knoxville Barristers (Young Lawyers Division) in 1987 and on its Board of Governors from 1986 until 1988. He served for nine years on the Board of Governors of the Knoxville Bar Association, as the Bar’s Secretary in 1988, President-Elect in 1999 and as President of the Knoxville Bar Association in 2000. He served as East Tennessee Governor of the Tennessee Bar Association in 1991-92 and on the Board of the Tennessee Young Lawyers Conference in 1986-87. He is a member of the Tennessee Trial Lawyers Association, Tennessee Association for Justice, the Defense Research Institute, the International Association of Defense Counsel, Litigation Counsel of America and the Trial Attorneys of America. Mr. Tarwater and his firm have devoted a great number of hours to the pro bono representation of indigent persons. He has served on the Board of Directors of the Knoxville Legal Aid Society, Volunteer Legal Assistance Program, and Pro Bono Project. He has been an invited guest lecturer at The University of Tennessee College of Law, and he has been asked to speak at various meetings of his professional colleagues. In 2002, Mr. Tarwater was first listed in the Best Lawyers in America, compiled through an exhaustive peer review survey of thousands of top lawyers. Since that time he has twice been selected as Lawyer of the Year for the Knoxville area by Best Lawyers—once in 2009 in the category Bet the Company Litigation and again in 2013 in the category Personal Injury Litigation—Defendants. He is listed in a total of four separate categories in this year’s edition.

Dwight was married to the late Mary Flowers Tarwater for 34 years. He has three children:  Davis, a 2012 Olympic Gold Medalist; Katherine, a 4th Grade Teacher in Knox County; and Dwight, a basketball player at Cornell University.
Read more on firm website

"Dwight Tarwater is one of the finest gentlemen and lawyers in the business of high-stakes mass tort litigation and personal injury trial work. He has developed a firm culture of caring, respectful intellectuals who fight hard for the rights of their clients. "

In re: Gadolinium Based Contrast Agents

In re: Asbestos Kanawha County, WV