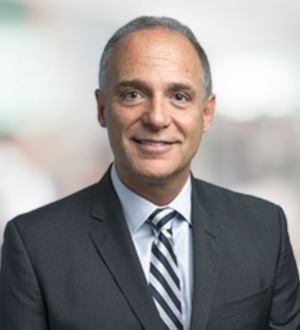 Christopher V. Tisi is a shareholder with Levin Papantonio Rafferty. For over 30 years, Mr. Tisi has been a nationally recognized trial and appellate lawyer with extensive experience litigating mass tort, pharmaceutical, medical device and major personal injury cases. In that time, Mr. Tisi has established himself as one of the country's top lawyers, selected by his peers, in The Best Lawyers in America, The National Trial Lawyers Top 100 Trial Lawyers as well as inclusion in the publication The Legal 500. He has been awarded an AV rating by Martindale-Hubbell legal directory, the highest rating for competence and ethics issued by that publication. In 2015 he was inducted as a fellow of the International Society of Barristers.

Currently, Mr. Tisi serves as co-chair of the Plaintiffs’ Discovery for In Re: Johnson & Johnson Talcum Powder Products Marketing, Sales Practices and Products Liability Litigation, MD 2738 (D.N.J.). In this capacity, he is litigating cases on behalf of over 5,000 women who developed ovarian cancer as a result of using talcum powder products.

Mr. Tisi has tried numerous complex pharmaceutical and professional liability cases including numerous cases resulting in verdicts 1 million dollars or more. These verdicts include a $5 million verdict in a gadolinium case, a verdict that was upheld in an important appellate decision Decker v GE Healthcare, 770 F3d 378 (6th Cir 2014). He has also argued important appellate cases in both state and federal courts.

Mr. Tisi’s litigation efforts on behalf of victims of AIDS–Tainted blood in the 1990’s was the subject of a book entitled Bad Blood: Crisis in the American Red Cross (1996). Bad Blood chronicled Mr. Tisi’s representation of several such victims who contracted AIDS through blood transfusions they received in the 1980’s and 1990’s. His efforts on behalf of these plaintiffs culminated in his successful argument in Ray v American National Red Cross, 921 F2d 324 (D.C. App 1990), a case that established a plaintiffs’ right to proceed to trial against blood and blood products providers.