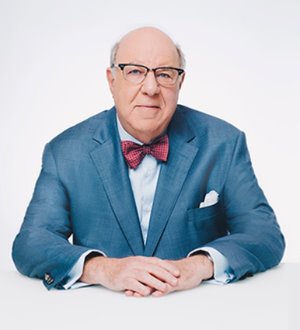 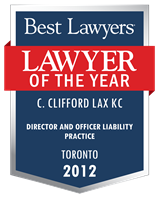 In a career that has spanned more than four decades, Cliff acquired a reputation as an exceptional litigator with a quick sense of humour. He is respected throughout the profession. He is in demand as a mediator and arbitrator by clients who appreciate his extensive experience, business savvy, responsiveness and practical approach to resolving business disputes of all kinds.

Chambers Global 2019 lists Cliff amongst Canada’s leading lawyers in Dispute Resolution and most in-demand arbitrators nationwide, who is "a name that stands out" in the dispute resolution sphere. He has a wealth of experience in commercial arbitration." Cliff was awarded the Law Society Medal by the Law Society of Upper Canada in 2009. He was appointed Queen’s Counsel in 1981, and is a Fellow of the American College of Trial Lawyers and of the International Academy of Trial Lawyers.

Cliff has been president of the Advocates’ Society, Chairman of the Environmental Law Section of the Canadian Bar Association, Chair of the Ontario Province Committee of the American College of Trial Lawyers, and Vice Chair of the University Tribunal at the University of Toronto.

Cliff is a recipient of the University of Toronto’s Arbor Award, given to volunteers for their outstanding personal service. He was named one of Canada’s top 25 Corporate/Commercial lawyers by Lexpert, and is featured in Chambers Global World’s Leading Lawyers and as well as in the International Who’s Who of Business Lawyers.