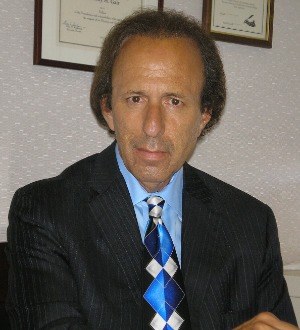 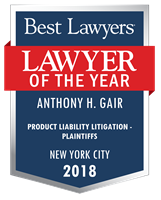 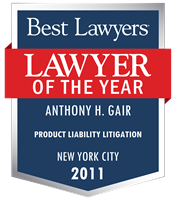 Anthony H. Gair is a partner at Gair, Gair, Conason, Rubinowitz, Bloom, Hershenhorn, Steigman & Mackauf, which was founded by his father, Harry A. Gair in 1919. Mr. Gair joined the firm in 1980, and specializes in preparing and trying New York personal injury cases including construction accidents, defective products, medical malpractice and automobile accidents. He has also tried numerous cases against the City of New York, one of which involved the City's failure to erect and place proper barriers on Rockaway Turnpike, a case which resulted in a multi-million dollar jury verdict.

Mr. Gair’s goal is to help people injured by the negligence and carelessness of others-- especially people whose lives are destroyed by corporations who place more emphasis on corporate profits than responsibility and safety. He has also expended countless hours in advising younger attorneys on how to effectively represent people who have suffered catastrophic injuries and taught at Fordham University School of Law in the Continuing Legal Education program. Mr. Gair is a life-time member of Scribes-American Society of Writers on Legal Subjects. He is a Supporting Fellow of The Pound Civil Justice Institute; Lifetime Member-The Global Directory of Who's Who; Member American Association for Justice, The American Board of Trial Advocates, The National Trial Lawyers: Top 100, civil plaintiff, New York; recognized by America's Top 100 Attorneys as one of the top 100 attorneys, all practices included, in New York State; The Best Lawyers Board of Advisers; Products Liability Committee, The Association of the Bar of The City of New York, 1994-1996; Judiciary Committee, The New York State Trial Lawyers Association, 2006 - present, Fellow, Foundation of the American Board of Trial Advocates, American Bar Association, New York County Lawyers Association, The New York City Bar Association, The New York State Trial Lawyers Association, Bronx County Bar Association, New York Women's Bar Association.

He was a recipient of The New York State Trial Lawyers’ Civil Justice Honor Award in 2006.

Mr. Gair has lectured everywhere from his law school commencement to the New York State Bar Association. Since 2007 he has lectured each year for the New York State Bar Association on the past years decisions in the area of New York Construction Accident Law and the current state of the law. Click here for his 2011 lecture. Click here for his 2012 lecture and here for his 2014 lecture. He has also lectured for the New York State Bar Association on motor vehicle accident litigation. Click here for his 2012 lecture on Taking a Meaningful Deposition in an Automobile Accident Case. He has appeared as an expert legal commentator on every major television network and on many radio shows. In 2009 he was honored to be invited to introduce then New York District Attorney Robert M. Morgenthau as the commencement speaker at The Storm King School. His legal opinions have also been featured in various newspapers including the New York Times, the Daily News and the New York Post. His noteworthy literary contributions include his roles as a consulting editor of the Medical Malpractice Law and Strategy journal. He is listed in "Best Lawyers" in New York and also listed in “Super Lawyers.” He has also been selected as a member of The Law Dragon Top 500 Attorneys in The United States. In 2016 he was recognized By Martindale-Hubbell as being rated AV Preeminent for 25 years(1991-2016). He holds an Avvo "Superb" rating.He is also featured in Wikipedia. 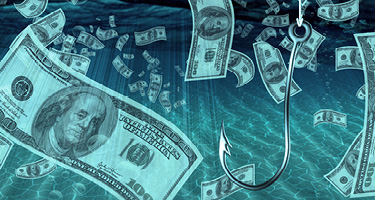