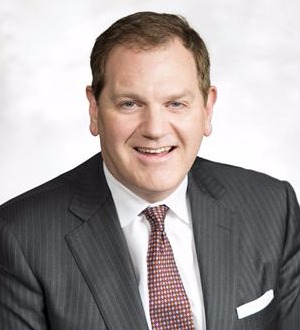 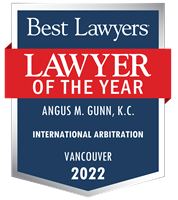 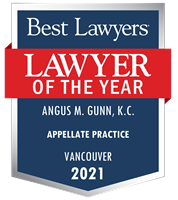 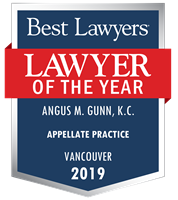 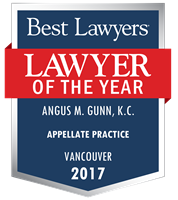 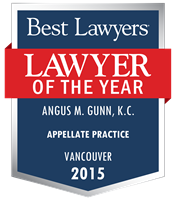 Angus Gunn is a barrister who concentrates on the resolution of commercial disputes. His practice emphasizes (a) civil appellate litigation matters; (b) appointments as counsel and arbitrator in international and domestic commercial arbitration proceedings; and (c) counsel in judicial review and other administrative law matters. He blends a traditional litigation practice with extensive experience in alternative dispute resolution. He is a member of the Law Society of British Columbia and the Law Society of England and Wales. Mr. Gunn has appeared before all levels of court in British Columbia, the Court of Appeal for Alberta, the Federal Court of Appeal, and the Supreme Court of Canada. He has also represented clients in various arbitration proceedings and in proceedings before administrative tribunals, and has accepted appointments as arbitrator and mediator. He was appointed Queen's Counsel in 2012.