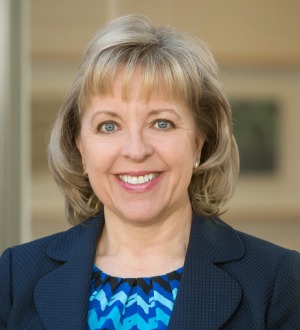 The top three things franchisors look for in a franchisee, and why women make excellent franchisee candidates. Women are becoming business owners at increasingly higher rates, and the same is true for the sale of franchised businesses. The International Franchise Association (IFA) reports that in 2017, women owned 27 percent of franchised locations, compared to 20.5 percent in 2007. That doesn’t even include another 17 percent of franchise businesses owned by male/female partnerships. So, why are more and more women taking the leap to open a franchise? This trend may be expanding because the traits that make women great candidates for franchise ownership happen to be the same traits that franchisors look for in a franchisee. 1) Show Me the Money First, and most importantly for any business, franchisors are looking for candidates who are qualified financially. Usually, this means that the franchisee’s personal financial statement will need to show a minimum net worth and access to a stated amount of cash necessary to fund the startup phase of the business. According to a Harvard Business Review article, women tend to be more conservative when it comes to taking financial risks. Investing in a brand that is well-established and has a good reputation is more attractive to cautious entrepreneurs than starting a new business from scratch. Borrowing money to buy a franchise is easier if the franchise brand has met specific criteria under the Small Business Administration Franchise Registry. From the franchisee’s perspective, purchasing a franchise is more attractive than starting their own business because financial information such as initial fees and startup costs is provided to them upfront in the franchise disclosure document (FDD). Most franchisors also give information on the financial performance of franchises, which allows prospective franchisees to compile a business plan and estimate their own potential earnings. Perhaps the most important resource for financial information is the list of current franchisees included in the FDD, which gives prospects the opportunity to contact franchise owners directly about their expenses and earnings. 2) Management Experience Franchisors want to see a minimum of three to five years’ experience in a manager role; it does not need to be in the same industry as the franchise, but it should show an ability to delegate and rely on others to complete tasks. Over the years, I have heard stories from many franchisors about women who pursue a franchise brand because they have a passion for the industry, whether it’s a cupcake bakery, home care for the elderly or play centers for children, and they believe they can operate it with little or no help. Ultimately, the business suffered and so did their health and well-being because they were unable to operate the business alone. Hiring enough people to do marketing, bookkeeping and perform other roles is key to the success of any enterprise. Female franchisees are well advised to ignite the same passion in their employees and the business will have a much higher rate of success. Additionally, women are often better communicators than their male counterparts and are more collaborative, and these characteristics serve them well as franchisees. 3) Follow Directions Studies, including one featured in an Atlantic article, show that in school, girls outperform boys starting at an early age by doing what the teacher asks and following directions. A franchise system has some similarities to the K-12 education system because a franchisee is expected to follow the franchisor’s guidelines for operating nearly every aspect of the business, from the recipes for the food that is served to the color of paint on the walls of the restaurant. Franchisors want a franchisee who is ambitious, but the best franchisees also know how to follow the franchisor’s directions. Some franchisees fail because they want to reinvent the brand and insist on doing things their own way. Most franchisors offer training programs and a written manual that provides guidelines for nearly every aspect of the business because they want consistent branding throughout the franchise system, and they know what will ensure that the business succeeds. The best franchisees bring as many people to the training program as the franchisor will allow to learn the methods that make the brand successful and enable their employees to teach each other to follow those methods. In recent years, more groups have formed to support women franchisees, and this too has encouraged the number of women franchisees to grow. For example, the IFA encourages women in franchising around the country to meet and share information as part of the Women’s Franchise Network. If you are a woman interested in owning a franchise, contact your local chapter of the Women’s Franchise Network and get to know women in franchising in your community.