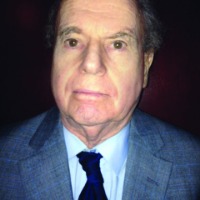 The governing board of the town of Greece, New York, had adopted a practice of opening its meetings with a prayer, delivered by a member of the local clergy. Since the community was overwhelmingly Christian, so were the participating clergy, and their prayers, unsurprisingly, included explicitly Christian content. A closely divided Supreme Court found the practice constitutionally unobjectionable.

The decision is flawed on multiple levels.

First, the five-member majority relied heavily on Marsh v. Chambers, 463 U.S. 783 (1983), in which the court upheld the practice of opening state legislative sessions with a prayer. But town board meetings are different. Citizens attend town board meetings when they have a specific favor to ask of the board: they want a or a waiver of some local requirement. Further, they are not seated in a separate gallery, away from the board’s gaze. In these circumstances, it would take a hardy soul indeed to risk the wrath of the board by walking out on or refusing to participate in an opening prayer. Officially sponsored prayers at town board meetings are therefore coercive in ways that state legislative prayers are not.

Second, Justice Kennedy, writing for the majority, insisted that he could not require that prayers be non-sectarian because this would involve the court in scrutiny of the prayers’ content. But he then added that the prayers could not “denigrate nonbelievers or religious minorities, threaten damnation, or preach conversion.” If that isn’t content scrutiny, I don’t know what is.

Finally, the five justices dismissed concerns that non-Christians might find officially sanctioned Christian prayers offensive. Their almost-flip rejoinder was that the appropriate response to offensive speech is simply to walk away from it. But even if that were a viable option at a local board meeting (and I have explained above why it is not), the rejoinder is inapposite because it misperceives the harm. The harm is not that non-adherents are offended. It is that they are marginalized by being told, in effect, that they live on sufferance in a Christian community. The difference between being merely offended and being marginalized matters—for two reasons.

One reason is that although private speakers can offend us (much of what I hear these days offends me mightily), only the government can marginalize us. And the other is that once you receive the marginalizing message, you cannot avoid further harm by walking away from it. The harm is complete the instant the message first registers: you are marginalized; you interlopers in an alien because of your religious beliefs and affiliations.  It is a message that no American should ever receive from their government.

In sum, officially sanctioned prayer is a species of minority bashing. One would think that Justice Thomas, of all people, would grasp the principle. But he does not, and neither, alas, do four of his colleagues.

In a previous article, I lamented that a Trump-appointed Supreme Court is unlikely to revive long-neglected free speech values. Don’t expect it to restore the Establishment Clause anytime soon.

Martin B. Margulies received his A.B. from Columbia in 1961, his LL.B. from Harvard in 1964, and his LL.M. from NYU in 1966. He was a professor of law at Quinnipiac University (formerly the University of Bridgeport) School of Law from 1977 to2004 and is currently a professor emeritus and adjunct professor of law, teaching criminal law, constitutional law, First Amendment law, and Connecticut Constitutional law. He’s been published in scholarly journals and has argued numerous First Amendment and Connecticut Constitutional cases for the ACLU of Connecticut.