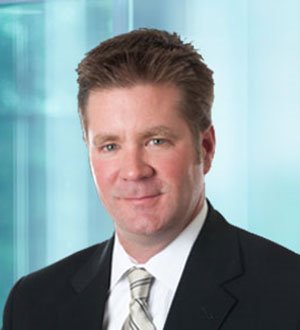 Three leading American companies – Amazon, Berkshire Hathaway, and JP Morgan – announced today that they are joint venturing to “address healthcare” for their approximately 1.1 million employees. The three giants will form an independent company that will focus on technology solutions that can provide “simplified, high-quality and transparent health care at a reasonable price.” Without elaborating, the companies announced that the joint venture will be “free from profit-making incentives and constraints.” The leaders of all three companies acknowledged that their efforts were in “the early planning stages.”

Berkshire Hathaway CEO Warren Buffett appears to be leading the charge. Buffett contends that “[t]he ballooning costs of healthcare act as a hungry tapeworm on the American economy.” By “putting our collective resources behind the country’s best talent,” Buffett argues that the new company will “in time, check the rise in health costs while concurrently enhancing patient satisfaction and outcomes.”

It is interesting to note that Buffett has long been a proponent of single-payer healthcare. He has also praised Kaiser Permanente’s business model – a large not-for-profit managed-care consortium that also includes components of for-profit businesses and health care centers that subsidize the overall operation.

Noting that JP Morgan’s employees want “transparency, knowledge and control when it comes to managing their healthcare,” CEO Jamie Dimon emphasized that the solutions that the new joint venture brings to market could “potentially” benefit “all Americans.” While “reducing healthcare’s burden on the economy” might be “hard,” Amazon CEO Jeff Bezos suggested that goal is “worth the effort.”

Some of the statistics relied upon by the companies when discussing why they chose to act included that in 2016, the US spent 18% of its gross domestic product on healthcare – up from 13% in 2000. In 2016, the average American spent 13.5% more on out-of-pocket healthcare costs than they did in 2013.

White House economic advisor and former Goldman Sachs CEO Gary Cohn weighed in on the news. Cohn indicated that "we agree in that philosophy. We think that individual workers should have to pay less for health care." Cohn noted that the Trump administration has already "created association health-care plans, which is the exact same thing that those companies did.”

Association health care plans (AHCPs) were created by executive order in October of 2017. Their goal is to make it easier for pools of workers, mostly from small businesses, to join together and access the group healthcare market, including across state lines, instead of going through the individual exchanges. AHCPs also allow the purchase of insurance plans that do not meet certain ACA requirements. Cohn’s claim that AHCPs and the joint venture announced this morning are “the exact same thing” may be an oversimplification. The joint venture has potential to fundamentally change the healthcare landscape. A few of the critical areas to pay attention to will be how the joint venture handles pharmacy services and drug pricing, employees who may be eligible for government programs, plan benefit structure, and state regulators’ reactions. How the concept is operationalized will likely determine whether it proves to be the ultimate disruptor in US healthcare or simply another large player in the market.

Amazon’s involvement in this project is not surprising. In the last year, Amazon has made a series of moves that reflect an interest in entering the healthcare arena. Amazon has just recently brought on Martin Levine, the former director of Iora Health’s Seattle-based clinics. It has also posted its desire to hire a HIPAA compliance official, and filed applications with a number of state pharmaceutical regulators. Rumors of a “stealth team” of up to 30-40 healthcare professionals persist. Amazon has had meetings in the last year with both Iora Health, and Kaiser Permanente, about new models for patient care delivery. Prescription drugs have long been seen as a natural area of growth for Amazon Prime. Bezos has had a long-standing interest in the pharmacy business, stretching all the way back to his kicking the tires on acquiring Drugstore.com in the 1990s.