The Evolving Legal Landscape of Employee Cannabis Use 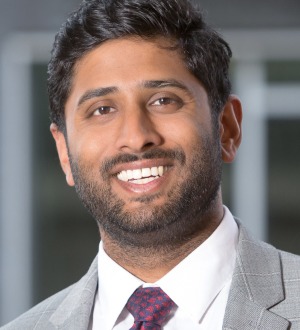 Vikrama S. Chandrashekar / Moye White LLP April 5, 2021 6:45 PM
As more states legalize cannabis, the relationship between employers and an employee’s legal cannabis use grows increasingly uncertain. Colorado allows employers to drug test and terminate employees who use cannabis, even outside of the workplace. The state’s Lawful Activities statute, which generally protects lawful off-work activity, does not protect cannabis use, because it is still federally illegal. Similarly, courts in California, Montana and New Mexico have stated that employers need not accommodate employees’ use of medical cannabis, even outside of work.
By contrast, Arkansas, Arizona, Connecticut, Delaware, Illinois, Maine, Minnesota, New York, Nevada, Pennsylvania and Rhode Island have specific anti-discrimination statutes that provide employment protection for medical cannabis users. In September 2018, a federal court in Connecticut held that the state’s anti-discrimination provision protected a would-be nursing home employee from rescission of her job offer due to her off-duty, doctor-recommended cannabis use. This case is noteworthy because it held that businesses receiving federal funds are not exempt from the state’s anti-discrimination provisions. The nursing home argued that it could not hire someone who used a federally banned substance, as this would preclude the nursing home from receiving federal funds. The court dismissed this argument, reasoning that the federal Drug-Free Workplace Act did not require drug testing as a condition of employment.
However, the lack of an anti-discrimination law did not stop the Massachusetts Supreme Judicial Court from ruling that a medical cannabis user with a handicap or disability may be protected by the state’s disabilities discrimination law. It also rejected the argument that legalization status under federal law had any bearing on the state’s discrimination laws.
These decisions led the American Bar Association to declare protection for medical cannabis use “an emerging trend in employment litigation,” and it has urged employers to consider the medical cannabis laws of the particular states — not just the federal government — in crafting and implementing drug use and testing policies.
In light of the rapidly changing legal landscape, a number of employers have moved away from drug testing. In certain states, this may not yet be necessary, but many companies would rather not deal with potentially costly litigation over the issue of legal cannabis use.
An important exception is that all states continue to carry laws that prohibit the use of any impairing substance, whether on- or off-duty, by employees in safety- or security-sensitive positions (such as those who operate heavy machinery or who have a security clearance). These employees are still subject to drug testing because their employers have a legitimate reason for doing so.

Given the changing laws and evolving court decisions, employers must be increasingly cautious about the use of drug testing and their policies on medical cannabis consumption, lest they run afoul of anti-discrimination laws.

This article is co-authored by Vikrama S. Chandrashekar and Dean Richardson.