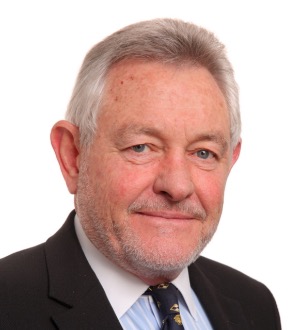 One of the most eagerly awaited reforms in the current Companies Act 71 of 2008 was the introduction of a modern business rescue regime to give financially distressed companies and close corporations the opportunity to try to return to commercial viability and profitability.

The intent of the moratorium is to give the company or close corporation a breathing space to try to get the business back on its feet without having to expend energy and money on litigation instituted by creditors to enforce their claims.

The primary objective of business rescue is thus to enable a financially struggling company or close corporation to try to return to solvency and avoid being placed in liquidation.

Business rescue may be resorted to for improper purposes

However, there are other, darker reasons why a financially distressed company might opt for business rescue.

One of the consequences where a company or close corporation is placed in liquidation for failure to pay its debts is that the Master of the High Court may hold an inquiry into its affairs in terms of sections 417 or 418 of the now-repealed Companies Act 61 of 1973. These provisions of the old and now-repealed Companies Act apply also to close corporations and are to remain in force until there is a new Insolvency Act.

The purpose of such an inquiry is to bring to light irregularities that may have been committed by the directors or officers of the company or close corporation, such as breaches of fiduciary duty. The liquidator will then take legal action to recover damages from those persons, or compel them to repay improper profits they have made.

In such an inquiry, the directors or officers are questioned under oath by the Master of the High Court. They are obliged to answer questions and to produce books or documents relating to the company that are in their possession.

Directors and office-holders of an insolvent company or close corporation who have guilty consciences justifiably fear being interrogated at such an inquiry, and dread the exposure of irregularities that may result in their having to pay large sums of money into the coffers of the liquidated entity for the benefit of the creditors.

The decision in Van Staden v Pro-Wiz (Pty) Ltd [2019] ZASCA 7 is a judgment of the Supreme Court of Appeal, handed down on 8 March 2019, that illustrates improper reasons for embarking on business rescue.

This case concerned a close corporation that had been placed in liquidation, the process of which was in a relatively early stage.

The corporation was at that stage a mere shell with no significant assets. Its major creditor was the South African Revenue Service to which it owed some R70 million. There was suspicion that the sole member of the corporation was unlawfully concealing valuable assets belonging to the entity.

An inquiry in terms of section 418 of the Companies Act into the affairs of the close corporation was due to commence, in which its sole member was to be interrogated. That member failed to present himself at the inquiry, and an order had been issued for his arrest.

Against this background, an application was made to court for an order placing the close corporation in business rescue.

The legal consequences of allowing the company to commence business rescue

If the court were to grant such an order, the result would be that, in terms of section 131(6) of the Companies Act 2008, the uncompleted liquidation proceedings would be suspended, the liquidators' powers would fall away, and the power to manage the corporation that had been taken away from its sole member when the corporation went into liquidation, would be re-vested in that member until the business rescue process came to an end, either in success or in failure.

Was the application for business rescue bona fide?

The liquidators of the close corporation opposed the application to place the company in business rescue, contending that, in the circumstances of this case, the application was an abuse of the process of the court and was intended to prevent mismanagement and the concealment of assets from coming to light.

The court took the view that the real purpose of the application for business rescue in this case was to avoid the interrogation of its sole member in terms of section 418 of the Companies Act, and to delay the liquidators' inquiries into the concealment of the close corporation's assets.

Such a purpose, said the judge, was an abuse of the business rescue procedure, the objective of which ought to be to restore a financially struggling company to profitability.

"It has repeatedly been stressed that business rescue exists for the sake of rehabilitating companies that have fallen on hard times but are capable of being restored to profitability or, if that is impossible, to be employed where it will lead to creditors receiving an enhanced dividend. Its use to delay a winding up, or to afford an opportunity to those who were behind its business operations not to account for their stewardship, should not be permitted."

The court ruled that, where a company has been placed in liquidation, the liquidators (who are the persons who usually have the best knowledge of the company's affairs) have the right to oppose an application for the company to commence business rescue.

In the result, the court refused to allow the close corporation to enter the business rescue regime, and dismissed its application to do so.

Consequently, the liquidation proceedings, and the statutory inquiry into its affairs and the interrogation of its sole member would resume.