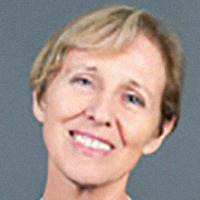 Last year saw an unprecedented rise in the number of requests for evidence issued by the USCIS for H-1B cases that were filed as part of the annual “Cap Case” lottery and the link between this and the Buy American, Hire American (BAHA) Executive Order signed April 18th, 2017. The fact that this is a few weeks after the filing date of these cases is no coincidence.

Section 5(b) of BAHA notes that “In order to promote the proper functioning of the H-1B visa program, the Secretary of State, the Attorney General, the Secretary of Labor, and the Secretary of Homeland Security shall, as soon as practicable, suggest reforms to help ensure that H-1B visas are awarded to the most-skilled or highest-paid petition beneficiaries.”

It was not practicable to implement reforms prior to adjudicating these cases, but it was clearly evident that the USCIS was fully on board to start viewing all H-1B applications through the lens of BAHA anyway.

For the first time, all entry-level salaries for all professions were questioned (they are clearly not the highest paid), and many professions were also challenged as to whether they met the H-1B requirements for specialty occupation, which essentially questioned whether a Bachelor's degree or the equivalent was needed to perform the duties of the offered job.

Continuing in the spirit of BAHA, the USCIS announced in a policy decision on October 23, 2017, that it was rescinding its practice of deference to prior determinations. This means that if a person had already been granted H-1B, had already spent three years in the U.S., and the employer files to extend his or her H-1B status—notwithstanding that for about 13 years the USCIS has taken the position that if they have already approved the petition for the same person in a similar position, they would give deference to this—the USCIS will now conduct a de novo adjudication. So if a petition was approved previously, there is no guarantee it will be approved on . This is not only applicable to H-1B status, but to all USCIS adjudications that have granted approvals in other non-immigrant statuses as well.

To add fuel to the fire, the administration considered ending the ability to extend H-1Bs beyond the sixth year limit, as is currently permitted by law to those who have been in the green card process for at least 365 days The reason that this is such an issue is because, for the nationals of India, it is currently not possible to get through the green card process within six years. This is because there are a finite number of green cards issued each fiscal year (currently 140,000) and these are divided into five employment-based categories, with no more than 7 percent in any category given to the nationals of any one country. This creates major backlogs, the worst being for Indian nationals. Luckily, the day of going to press, it was announced that this measure was no longer under consideration.

This is a new era in immigration, and we simply have to wait to see how everything unfolds. The issues discussed above are only a small segment of the topic. There are still the changes facing hundreds of thousands of people working in terms of DACA and those granted temporary protected status (or TPS). Immigration will continue to dominate the news this year. Watch this space.

Marlene Z. Stanger is of counsel with Fragomen, Del Rey, Bernsen & Loewy, LLP, in San Diego. She has been practicing in the field of immigration and nationality law for 18 years and represents a wide range of organizations, including major multi-nationals, renowned research institutes, and small startups in hiring foreign national personnel. She also represents individuals in family-based cases and works on pro bono projects for Casa Cornelia Law Center and the North County Immigration and Citizenship Center.