Public Stadium Projects - Can They Be Made Into Economic Champions or Will They Always be Wooden Spooners?

Developing stadiums has numerous social and economic benefits that can be long-term and wide-ranging. But how can stadiums be developed given the current uncertainty of funding? 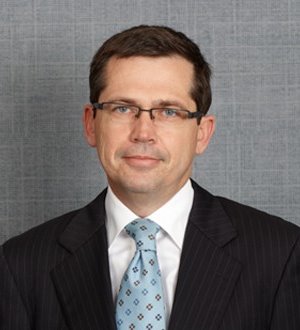 Developing stadiums has numerous social and economic benefits that can be long-term and wide-ranging. But how can stadiums be developed given the current uncertainty of funding? A public private partnership (PPP) model with a longer term and mechanisms that allow for increased private sector return may be the answer.

It is well established that the development of stadiums has wide-ranging benefits for the community including diverse employment opportunities (both during construction and the operations phase), increased community welfare and increase a precinct’s liveability.

But how can stadium developments be funded given the currently uncertain capacity for private funding and public financial contribution towards the procurement of major infrastructure projects in Australia? A PPP between Government and the private sector may be the best way to get this infrastructure built, in line with the development of other stadiums in Australia, such as the Perth Stadium and Stadium Australia.

Sporting arenas, with their potential for diverse private-sector revenue streams and capacity for future expansion, are a category of social infrastructure which is capable of innovative funding structures. One solution is adapting the PPP model for example, by using a longer project term (such as between 30 – 40 years) coupled with lower individual service payments and minimum or no Government capital contribution. A longer project term, when structured appropriately, minimises the need for a high upfront Government capital contribution and may result in lower service payments.

Of course, the market demand and community expectations for modern “best practices” facilities may mean that a shorter project term is preferable for the private sector. If a longer term is used, the private sector will likely seek contractual mechanisms which allow the stadium to profitably operate and meet community expectations over a longer project term.

The risks associated with a longer term project may be mitigated in various ways, including:

• periodic market testing of reviewable services to ensure value for money over the longer term;

• innovative facility design to allow the capacity and uses of the stadium to be expanded in the future (for example, into an entertainment arena or for residential or commercial uses). As a flow on from this, flexible contractual mechanisms will be needed, for example around ‘change in law’ provisions which may cover future legislative changes on, for example, capacity limits for major sporting facilities;

• using a sustainable business model, for example marketable opportunities for other industries in the area, such as developing the nearby precincts which increase the project’s overall profitability;

• providing increased revenue certainty, for example by the private operator being contractually entitled to host key sporting events; and

Leveraging value capture fees and taxes are other methods that the Government can consider, particularly in areas where developing a stadium is likely to generate business for nearby areas and increase the liveability of a precinct.

Ultimately, while each funding structure will need to be tailored for each project, the use of a PPP model, with some adaptations for increased private sector return on the project, could turn projects that some may regard as economic “wooden spooners” into value for money champions.