From the public sector to the new cooperative private businesses, we will have to review the traditional legal institutions. 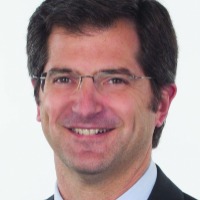 Spain’s economy is rising up again, with a GDP increase of a 0.8 percent during its second quarter, in line with the first quarter. This is causing a huge impact in firms where areas of practice such as M&A and real estate are being decisive again. However, there is a change that needs to be underlined: while in the past the main transactions were around industrial investments or in the financial sector, the new economy is gaining weight.

This July, normally a hectic period of the year in the region because transactions are normally targeted to be closed by the last day of the month, the main transactions closed in firms have taken place in the sector and relate to a digital device for the industry. This new industry has indeed had an impact on the legal since business is mainly based on a new means of building trust through licensing agreements and not on the grounds of traditional ownership concepts.

Barcelona is becoming a new hub for startups in the sector of the new technologies and biomedical services. The former are reshaping different sectors that have traditionally been very conservative, such as the education field: online education opens a window to mitigate global inequality that should be spurred and promoted by governments. The two transactions referred to above were precisely in these two fields: long hours dedicated to the legal framework and how to grant certainty to the parties involved—and legal certainty was finally gained with license agreements and contracts that innovated the relationship among partners.

As Steven Wiseman says in his book, The Great Tradeoff: Confronting Moral Conflicts in the Era of Globalization, the legal sector will have to review institutions in order to grant legal certainty and grounds for building trust in this new economy.

Globalization is indeed impacting the manner in which many and, obviously, the rules of this new world. Digitalization is key to make these new trends feasible and compatible; the legal sector needs to update its institutions and firms need to reshape their organization to keep providing their clients with the legal certainty they seek and need. Legal certainty is surely the value that suffers the most in a changing world: how to ensure today that a certain business model under current regulations will be legally safe tomorrow?

Firms must at least advance in the sector of digitalization to grant clients a formal clarity in their business. This is what the month of July has been proven: having to integrate new licensing products and new contracts in order to adapt the business to these legal needs and market requests. Digitalization must be seen not only as a means to update organizations, but a clear need to keep close to clients’ needs as well as new ways to do business and work with third parties: Spain must adapt to their new ways of approaching business and approaching commercial opportunities.