Lifting of the land moratorium in Ukraine. What are the risks of challenging current lease contracts in court?

Lifting of the land moratorium in Ukraine. What are the risks of challenging current lease contracts in court? 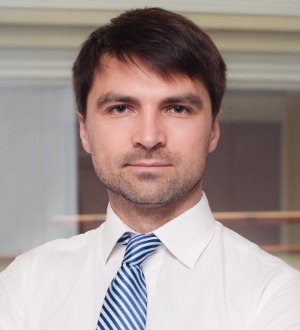 After the lifting of the moratorium on the sale of agricultural land, land tenants may face the problem of challenging current land lease contracts. The vast majority of the land is leased now and most lease contracts are long-term. According to the current legislation, the right to lease land is retained when its owner is changed. However, this fact does not prevent the new owner from termination of the current contract in court, referring to the number of legal grounds.

Therefore, it is useful both for potential land buyers and current tenants to consider the main tendencies of case law on invalidation of land lease contracts.

An analysis of the case law of the Supreme Court reveals that a signature of land lease contracts on behalf of the lessor by another person is one of the most common grounds to take legal action concerning invalidation of such contracts.

The above-mentioned situation is very common in rural areas where there are the vast majority of shareholders, owners of land and one land-processing enterprise (based on a former collective farm). Everyone may sign a contract both on his or her own and on behalf of a sister/father/daughter that cannot come, for example, for health reasons. Others don't care about signing contracts, because they get grain/straw/plowing of their garden as a share. Tenants also do not pay much attention to this, because they use the land and profit from it.

However, when it turns out that there is more than one candidate to lease land, they start to find out who signed the contract and when. A person who signs a contract expresses and confirms his will to conclude a contract. Therefore, the Supreme Court maintains the position that there is the necessity to find out the circumstances of signing the lease contract personally by the lessor. According to the rules of the Civil Code, the lack of will of the party to the contract results in the invalidity of such a contract.

It further provides the key positions of the Supreme Court on the invalidity of lease contract:

As you can see, ignoring the rules and the procedure of concluding land lease contracts may lead to claiming their invalidation in court. The tenant may loose a substantial part of his land assets, which is desirable to raiders, and after the lifting of the moratorium, such a number will only increase. Therefore, we advise tenants to check the legal validity of the land lease contracts and to eliminate the legal risks that could lead to the land being withdrawn from use.

Please feel free to contact us via go@gentls.com for legal advice