Economists are very robust in pushing their ideas forward into legislation, and lawyers often pay no attention to the legal inconsistency of such innovations. 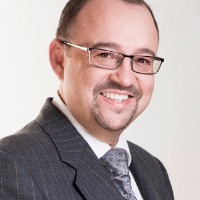 Economists are very robust in pushing their ideas forward into legislation, and lawyers often pay no attention to the legal inconsistency of such innovations.

In the policy guidelines for the public finances, taxes, and customs and tariffs issued by the Russian Ministry of Finance for the period up to 2020, the task is set to enact tax and non-tax expenditures legislation as early as this year.

The proponents of the idea believe that “actual tax benefits, and exemptions and preferences for tax, levies, and other payments prescribed by current legislation are financial resources (i.e., tax and non-tax expenditures) not received in full by the public purse.”

This argument is based on the opinion of the IMF, which states, “Concessions or exemptions from a ‘normal’ tax structure … reduce government revenue collection and, because the government policy objectives could be achieved alternatively through a subsidy or other direct outlays, the concession is regarded as equivalent to a budget expenditure.”[1]

This innovation is being introduced in a worthy cause, as is always the case: to increase fiscal transparency, make the ways of achieving social and economic tasks more efficient, and so on.

But are the legal effects of this step actually without harm?

Lawyers may not share the outlook of economists on what the latter consider to be budget expenditures. If benefits are applied, this does not lead to taxes not being paid in full. A tax liability is formed through a whole set of rules being applied to the calculation of the payment, including regulations granting benefits. There is no tax before the benefit or tax after it. There is a single amount of tax payable by a taxpayer.

When tax is underpaid (there are arrears), the government is also not deprived of any part of its property. It does not earn but at the same time it does not incur any loss.[2]

Should the concept of tax expenditures be enacted in legislation on the public finances, then the aftermath of this creative approach will be most unpredictable (one sin leads to another, as the saying goes). To this extent, it may seem frivolous to recover arrears of underpaid corporate tax from the companies’ owners, managers, and chief accountants under the pretext of loss incurred by the government through a tax crime.

The main thrust points to the following as a possible scenario. In order to stimulate capital investment, it is suggested that investment tax credit is granted to taxpayers. This is the right to reduce the tax base by the amounts paid to purchase or modernize fixed assets. The deduction comprises 50 percent of the cost of the asset.

The Russian Ministry of Finance views this as the state providing a 50 percent co-financing of investment costs. Therefore, the better and more efficiently the business operates and the more it invests in its own growth, the greater a success the government involvement becomes.

Everything is turned on its head in this statistics-oriented concept. It is forgotten that taxation is the relationship connected with the redistribution of a product produced by society. According to the Ministry of Finance, it is the state and not businesses that become the source of economic and social development. It is not the taxpayers who give their money to the government but vice versa.

This is a shortcut to changing the approach to ownership. It is as good reason as any to give to the government an equity share in a company's capital.

Considering that the Russian Ministry of Finance defines tax benefits rather broadly (as any deviations from the base [or standard] structure of the tax system), this leaves considerable room for creativity.

It is worth stating that some benefits cannot be viewed as benevolence on the government’s part at all. These are the concessions that are in fact aimed at leveling out the economic position of taxpayers and securing basic constitutional rights (the right to decent living, the right to housing, etc.).[3]

In such cases, benefits are artificial techniques for establishing an optimal level of taxation and are not government expenses.

The concept of tax expenditures naturally entails bureaucratic consequences in the form of a wider scope of tax reporting (making it more detailed, according to the proponents of the concept) in order to assess benefits more effectively.

The number of state authorities regulating business is growing. Since benefits are state expenditures, the Russian Accounting Chamber and similar agencies in the regions will gain access to almost every taxpayer. The consequences of regulators viewing benefits as being inefficiently used may be very dramatic for taxpayers.

At the same time, the government will have a chance to improve its government support figures at a stroke. It is supposed that “tax expenditures, which are in fact a resource of the public purse, should be allocated to government programs.” As a consequence, the amounts the government invests in various areas of social and economic development will immediately go up with no one feeling this.

The only advice for the Ministry of Finance is as follows: this approach suggests that the more stringent the basic tax conditions (the higher the tax rates, etc.), the greater the amount of government “investment” that comes with the benefits granted. What if the corporate profit tax rate was established at the rate of 90 percent with 70 percent of the tax declared a standard deduction? It will make no difference to taxpayers (well, maybe the tax returns will be thicker), but you have to see how much healthier the figures will look in progress reports for government programs.

[3] See V.N. Nazarov Distinction between Social and Economic Benefits in the Decisions of the Russian Constitutional Court. Nalogoved, 2012 No. 9. pp. 19–27.

Sergey Pepeliaev has over 30 years’ hands-on experience of dealing with corporate and personal taxation issues. He has resolved countless challenging situations involving investments and court proceedings. As a practitioner, he has defended the rights and interests of companies before the Russian Constitutional Court, the Russian Supreme Court, and commercial courts in large-scale and significant court disputes regarding the legality of additional taxes and fines being assessed; unlawful regulations of the Russian government, ministries, and state authorities that were repealed; and unconstitutional provisions of laws being set aside. He has also advised on matters such as the taxation of investments, day-to-day business operations, and much more.