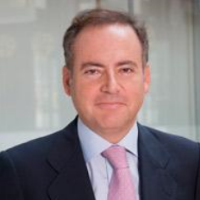 The compensation paid to directors and executives is a matter of growing public interest. Regulatory and supervisory bodies, institutional shareholders, and proxy advisors are all paying particular attention to the compensation policies in place for board members and senior company executives, viewing such policies as a reliable indicator of the quality of a listed company’s corporate governance.

Both in Spain and internationally, this attention has led in recent years to the publication of (i) good practice recommendations; (ii) good governance codes; and (iii) legislative rules on compensation.

In Spain, the capital companies law stipulates in relation to long-term incentive plans (LTIP) that when the system for the compensation of directors includes the award of shares, stock options, or remuneration linked to share value, this must be envisaged in the company´s bylaws and approved a resolution of the shareholders’ meeting.

On the other hand, the boards of directors of listed companies are required to issue and publish annual reports on directors’ compensation with the content and structure stipulated by the National Securities Market Commission (CNMC) and with incentive plans of these types being included in the information to be reported.

Here are conclusions regarding three aspects of the design of long-term incentive plans implemented for IBEX 35 executives:

In 64 percent of IBEX 35 companies, beneficiaries are awarded the incentive annually in overlapping cycles, whereas in the remaining 36 percent there is a single periodic award.