A Taxing New World for Nonprofits

Extensive changes to U.S. tax law will have significant effects on the nonprofit sector. What to expect—and how to cope. 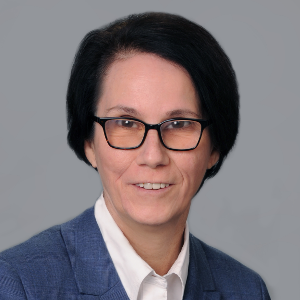 The Tax Cuts and Jobs Act, signed into law by President Trump at the end of 2017, ushered in sweeping changes that will affect every kind of taxpaying entity in the United States. Its enactment on December 22 prompted heated debate: Does the new law favor the middle class or the wealthy? Small businesses or large corporations? One sector that got hit hard, though, was barely mentioned at all: nonprofits. The law’s overall impact on nonprofit and charitable organizations is nuanced and multilayered. Some effects are indirect; other changes create immediate new taxes for these groups. Here’s a rundown of some key provisions.

The new excise tax on college and university charitable endowments is 1.4 percent of net investment income. This will affect a relatively small number of endowments—those of only 30 to 40 schools nationwide—because it applies solely to schools with more than 500 full-time students and endowments greater than $500,000 per student. This tax is forecast to raise an estimated $1.8 billion over the next 10 years. It seems high-impact given the small number of schools affected—and critics caution that Congress is setting a dangerous precedent: expanding taxes on endowments that offer students access to higher education and make research projects possible.

There’s also a new 21 percent excise tax on nonprofit executive compensation exceeding $1 million. (There’s an exception for income based on the provision of medical services—pay for doctors, nurses, and veterinarians, for example.) The purpose of this tax was to bring nonprofits into closer alignment with corporate tax law, in which executive compensation over $1 million is not tax-deductible. Yet nonprofits are already subject to stringent rules and excise taxes regarding “excessive” compensation. It might be a surprise that anyone in the nonprofit sector earns $1 million and up, but many do—major-college-sports coaches, to cite one prominent example. The new tax also applies to termination payments (“golden parachutes,” even severance) and to salaries of “shared” employees—those who earn wages totaling seven figures from multiple entities.

Certain fringe benefits—including transportation benefits, parking and on-premises athletic facilities—will now be subject to an excise tax. Although these fringe-benefit taxes were designed to create parity between nonprofit and for-profit entities (which also cannot deduct these costs), they’ve spurred great concern at nonprofits about their overall budget impact. Some local governments require employers to provide transportation benefits—New York, San Francisco, and Washington, D.C., for example, all mandate that companies with 20 or more employees must provide them transit benefits. As such, the new excise tax might easily cost a qualifying company north of $500 per employee per year.

It had long been U.S. tax policy that if you got something in exchange for a charitable deduction, that benefit was not a tax deduction. Let’s say you pay $100 to attend a gala. The cost of the meal is not deductible, but the balance of the donation is. The same was true of preferred seats at sporting events: Colleges relied on guidance that 80 percent of payments made to acquire the right to preferred seating at athletic events was deductible, because the quid pro quo, such as it is, constituted 20 percent of the cost. The cost of the tickets themselves was never tax-deductible. Now, though, no charitable gift that includes preferred sports seating can be deducted. Colleges are therefore scrambling to figure out how to encourage giving in light of this change. The IRS has yet to issue guidance; lawyers are trying to figure out how to get around this restriction.

The most momentous change, though, is the increase in the standard deduction, which will lead fewer Americans to itemize. This may simplify tax preparation for many, but charities worry that donations, especially those made by middle-class taxpayers, will shrink significantly. Wealthier donors might give less, too, because tax rates are lower and estate thresholds are higher, though the law’s five-year carry-forward allowed for charitable deductions, and the concomitant increase in the adjusted-gross-income limit, from 50 to 60 percent, may encourage more giving. Studies by Independent Sector (a sort of membership organization for nonprofits and charitable groups of all stripes) and Indiana University School of Philanthropy, as well as Rice University’s Baker Institute for Public Policy, concluded that the reduction in the number of taxpayers itemizing deductions will reduce charitable giving by 1.7 to 5 percent overall. That might seem trivial, but it constitutes billions of dollars every year, and its effects are greater on smaller charities, especially those that rely on modest grassroots donations.

New limits on deducting state and local taxes have prompted some states to propose charitable-deduction mechanisms in lieu of taxes. If this workaround becomes widespread, it might well put states in competition with private charities for donation dollars. California State Senator Kevin de León (D–Los Angeles) has introduced legislation to create the “California Excellence Fund”—a contentious maneuver that would give taxpayers an 85 percent tax credit for donations made to the fund, which they could then write off on their federal returns. Similar, narrowly tailored state funds—those to fund private-school scholarships, for example—already exist. It remains to be seen, though, whether these new state efforts will be successful. The IRS is expected to challenge them on the basis that there is no overt charitable intent when there is a quid pro quo—in this case a state tax credit—for the donation.

Expect to see a variety of creative solutions to respond to these new tax laws, as well as new fundraising methods. Some in the nonprofit sector believe that these policy changes are ominous precedents, only the start of a broader effort to tax nonprofits more heavily. Other changes—proposed excise taxation of undistributed money in donor-advised funds, for example—were not included in last December’s final legislation but could certainly become part of future efforts, especially if concern about the federal budget deficit returns to the fore.

Regardless of what lies ahead, though, finance executives for nonprofit institutions must pay close attention to how these changes apply to their organizations—and work closely under the guidance of a tax attorney who specializes in nonprofits. Their very viability might depend on it.

For the Greater Good 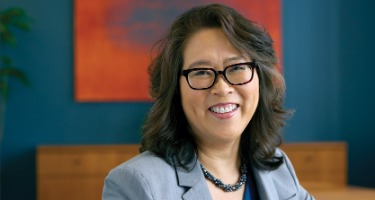