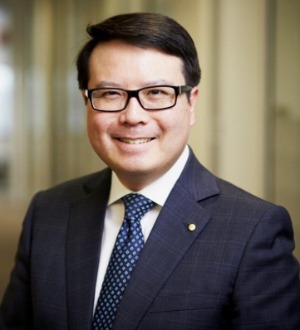 Unusual or apparently poor lifestyle choices and an apparent lack of insight are insufficient evidence of a disability.

In the recent decision of J v Guardianship and Administration Board,[1] Wood J overturned a decision of the Tasmanian Guardianship and Administration Board (the Board) to appoint a Public Guardian with powers and duties concerning where a patient J (the appellant), was to live for a period of 6 months. The case highlights the need to exercise caution when seeking guardianship orders that the person is unable, by reason of a disability, to make reasonable judgments in respect of any or all matters relating to their person.

The appellant lived alone aboard his yacht. On 11 May 2018, he visited a pharmacy to seek advice about his foot. The pharmacist advised him to go to hospital. The appellant attended Royal Hobart Hospital (the Hospital) and was admitted with a gangrenous foot. The appellant underwent four surgical procedures ending in his right leg being amputated from above the knee, following which the appellant was transferred to the Acute Rehabilitation Unit of the Hospital.

It was always the appellant’s intention to return home to his yacht. However, an occupational therapist and physiotherapist assessed that the yacht could not be modiﬁed to become a safe or viable discharge option. The appellant refused to consider living elsewhere.

An assessment was made by the appellant’s treating team at the Hospital that, the appellant was “lacking the capacity to decide about his accommodation”.[2] An application was then made by the Hospital for the appointment of a guardian. The Board decided that, as a result of his disability, the appellant lacked the capacity to make a reasonable decision about his accommodation. The Board made an order for a limited appointment of a guardian.

In the health care professional report, Dr Madeline Black reported the appellant’s disability as “cognitive impairments presumed secondary to cerebral small vessel ischaemia in the setting of poorly controlled type 2 diabetes, peripheral vascular disease, hypertension and hypercholesteroiaemia.”[3] Dr Black in her report stated that the appellant “does not appreciate the many safety concerns associated with living onboard a boat” and “he lacks insight into how his amputation affects his function [and] has poor safety awareness.”[4]

The Board also considered a report of a psychologist, Mr John Murphy, from the Hospital. The appellant refused to participate in any form of objective cognitive assessment. Despite this, Mr Murphy stated the appellant’s:

... tangential thought and poor decision making processes indicate there is likely some cognitive impairment. In my clinical opinion he does not have capacity to make decisions about his future accommodation and adjusting to his new limitations.[5]

The appellant had a report prepared by geriatrician Dr Jane Tolman. Contrary to the other reports, Dr Tolman found that there was no evidence of cognitive impairment or poor safety awareness, despite noting that the appellant amongst other things had not led a conventional life, was guarded and had few acquaintances and had made some poor decisions. Dr Tolman concluded that the appellant was able to mobilise safely and demonstrated insight into the difficulties of his amputation.[6]

The Board, in making its decision, preferred the evidence provided by the Hospital and the treating team. The Board found that the appellant:

... suffers from a disability; namely a cognitive impairment secondary to vascular ischaemia and presumed ischaemia of the brain. [The appellant’s] poor decision making, and in particular his decision to live on his boat on discharge informed this diagnosis.[7]

Pursuant to s 20(1) of the Guardianship and Administration Act 1995 (Tas) (the Act), before the Board may appoint a guardian it must be satisﬁed of the following — the person:

(a) is a person with a disability; and

(b) is unable by reason of the disability to make reasonable judgements in respect of all or any matters relating to his or her person or circumstances; and

The Act deﬁnes “disability” as “any restriction or lack (resulting from any absence, loss or abnormality of mental, psychological, physiological or anatomical structure or function) of ability to perform an activity in a normal manner”.[8]

The question for the court on appeal was whether there was sufficient evidence that could satisfy a tribunal acting reasonably and according to law that the appellant had a disability within the meaning of the Act.[9]

The court made several comments about the deﬁnition of “disability”.[10] Firstly, that the focus of the deﬁnition is on a person’s “ability” to perform an activity, rather than their actual performance. Ability is tied to performance of an activity in a normal manner. There should be a cause and effect seen between the absence, loss or abnormality as described and the inability to perform the activity in a normal manner. The court also commented that personality traits such as obstinacy, arrogance, impulsivity or a determined mindset would not qualify as “absence, loss or abnormality of mental, psychological or anatomical structure or function.”[11]

Wood J found that the Board had reached beyond the medical opinions and found a disability.[12] The evidence of the medical practitioners was that the underlying cause of the appellant’s cognitive impairment was “presumed cerebral ischaemia” (emphasis added).[13] Wood J stated “it is self-evident that this is not a deﬁnitive diagnosis of an underlying cause. It is a presumed cause, an assumption.”[14] Wood J found that the description of the disability by the Board was an error and that the evidence before the Board was incapable of supporting a positive ﬁnding of satisfaction of cerebral ischaemia or brain damage. The Board also was found to have made an error when considering the criterion of capacity by incorrectly stating that the report by Dr Black noted that “the cerebral damage impaired [the appellant’s] impulse control and planning and reasoning skills”[15] when this was not the case.

Wood J also referred to the Board’s reliance on the appellant’s “poor decision making, and in particular his decision to live on his boat on discharge informed this diagnosis”.[16] The appellant argued that a person is free to make foolish decisions, and the Board adopted “an unduly paternalistic approach to assessing the appellant’s desire to maintain his particular lifestyle.”[17] Wood J said that a “person’s ﬁxed and resolute determination to live in their home does not necessarily suggest rigid and ﬁxated thinking generally and an inability to make reasonable judgements.”[18] Wood J said that caution is needed in taking into account poor decisions as “poor decisions are not to be equated with poor decision-making ability.”[19] In this case, the appellant’s yacht was not just “a place to stay, it is his home, his chosen lifestyle.”[20] His Honour also noted that whilst restrictions of an individual’s cognative ability may, depending on the individual case, be revealed by the type of decisions made, it is important to note that the real issue is the question of ability and the individual’s capacity to make reasonable judgments rather than the judgments themselves.[21] Indeed, Wood J commented that:

There is a need for caution about a “boot straps” approach to guardianship orders in the case of a person declining to accept medical advice that is in their interests, by treating that poor decision as demonstrating lack of insight and poor reasoning, and as supporting an inference of a cognitive impairment and ultimately, a ﬁnding of a disability. In reality, the evidence may amount to no more than a ﬁxed decision that is contrary to medical advice, a decision that should be the beginning of the enquiry as to disability and capacity.[22]

Wood J said that it was signiﬁcant that impairment of cognitive ability was observed and not objectively assessed by neuropsychological testing.[23] Further, Wood J found that by the time of the hearing, the appellant was living independently and there were no adverse reports about his response to medical advice and recommendations.[24]

On this basis, Wood J concluded that the Board was left with opinions that were unsupported by objective testing, and reliance on clinical observations was not deﬁnitive of cognitive impairment. There was also no diagnosis of an underlying condition of the cognitive impairment. In the circumstances, “questions remained about possible explanations for the appellant’s presentation, other than cognitive impairment, such as personality traits”.[25]

Objective testing is important in determining whether someone has a cognitive impairment and falls within the meaning of a disability under the Act. Observations in a clinical setting are not sufficient. Caution needs to be taken in approach to guardianship orders in the case of a person declining to accept medical advice. Personality traits such as obstinacy, arrogance, impulsivity or a determined mindset would not be sufficient to satisfy the requirement that there is an “absence, loss or abnormality of mental, psychological or anatomical structure or function.”

At issue is a person’s ability and capacity to make reasonable judgments, rather than the judgments themselves. The appointment of a guardian acts as a signiﬁcant restraint on a person’s autonomous choices regarding how they wish to live their life, and as such, are not to be imposed without proper foundation and evidence demonstrating the need for the appointment of a guardian.