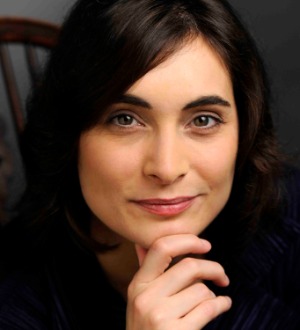 Notable headway is being made, on both sides of the pond, to legislate for better protection and empowerment of right owners. While such parallel progresses, made in the European Union and the USA, do not relate to resolving the same business and legal issues pertaining to copyright and neighbouring rights, they are notable as they illustrate a power shift, away from tech companies and their VOD and streaming platforms, as well as other distribution channels such as satellite and online radio, towards right owners such as music composers, performers, producers, film directors, etc.

1. Adoption of the Directive on Copyright in the Digital Single Market

In my article on “Copyright in the digital era: how the creative industries can cash in“, I detailed how the European Commission president, Jean-Claude Juncker, published his political guidelines for a new Europe which had, at their core, a connected Digital Single Market (“DSM“).

Central to the development of the DSM, is the implementation of the EU directive on copyright in the DSM 2016/0280 (the “DSM Directive“) in the 28 member-states of the European Union (“EU“). The key provisions of the DSM Directive include:

The essence of each of these key provisions in the DSM Directive is set out in my article on “Copyright in the digital era: how the creative industries can cash in“.

The aim of the DSM Directive is to reduce the differences between national copyright regimes and to allow for wider online access to copyrighted works by users across the EU, in order to move towards a proper DSM.

While Members of the European Parliaments (“MEPs“) generally agree that most provisions set out in the DSM Directive are non-controversial, the most contentious aspects of the DSM Directive are its articles 11 and 13. The former prevents online content platforms and news aggregators sharing links without paying for them, while the latter requires online platforms to monitor and effectively enforce copyright laws.

So what is the fuss all about?

Article 11 of the DSM Directive concerns press publications and deals with links to, or copies of, press publications. Today, 57% of internet users access press content through social networks or search engines; while the media cannot claim any rights on these hyperlinks. Article 11 sets out that right holders shall be able to obtain a fair and proportionate remuneration for the digital use of their press publications from tech platforms, such as Facebook, Linkedin, Google, etc.

As the right owners to press publications most often will be the publishers, there is also a paragraph incorporated, ensuring that the publishing houses will remunerate the actual authors, i.e. the journalists.

Merely sharing hyperlinks to articles, accompanied by “individual words” to describe them, can be done freely.

Despite those restrictions to the scope of article 11, several MEPs view this article as a “link tax” (tax on hyperlinks), and consequently an infringement of the freedom of expression.

Article 13 of the DSM Directive provides for the use of protected content – for instance, pictures, music, code, videos – uploaded by other than the right holder to online content sharing service providers, which store and give access to large amounts of works, such as YouTube or DailyMotion.

When article 13 of the DSM Directive will enter into force, platforms will have to enter into licensing agreements with right holders, regarding the use of the protected content. This will probably be done through a compulsory licensing system, which already exists for other areas relating to the use of intellectual property protected material.

If it is not possible to enter into licensing agreements with the right holders, the platforms and right holders must cooperate in order to ensure that unauthorised protected works are not available on these platforms.

Therefore, article 13 requires the platforms to proactively work with right holders to stop users from uploading copyrighted content without right holders’ prior consent. This will require automatic scanning and filtering of all material being uploaded to platform sites, such as YouTube, Dailymotion or Facebook.

Despite those restrictions to the scope of article 13, several MEPs view the mandatory and automatic filtering and scanning of content as potentially too onerous for small and start-up platforms, thereby encouraging centralisation and consolidation of the internet since only large platforms will have the means and tools to implement this automatic filtering.

While there will be some costs involved for tech platforms, in connection with the establishment of security measures for securing that protected content is dealt with in the right manner, right holders will have much more financial incentives to upload their content to these platforms, once the DSM Directive is adopted by final vote in January 2019 and then transposed by each member-state.

Online providers of user-generated content will no longer be able to hide behind any Safe Harbor provisions, which essentially set out that, when users share content that infringes someone else’s copyright, the conduit through which that content is shared is not liable for the user’s infringing activity, as long as such platform, if and when a copyright owner notifies it of such infringement, for example by way of a “take down” notice, takes action to remove that content.

For the first time in history, through the DSM Directive, it is recognised that online content sharing service providers are not meant to be protected by Safe Harbor law, but should license any content first, as well as take proactive measures to prevent users from uploading unlicensed content.

2. Signature of the Music Modernization Act into US law

As explained in my article “Crefovi’s take on Midem 2015: wider income streams, that transparency issue and levelling the playing field“, the US congress ignored the copyright reform bills, such as the Songwriter Equity Act, the Allocation for Music Producers Act and the Fair Play Fair Pay Act, drafted by the US music industry, for many years.

While US radio broadcasters and other stakeholders fiercely pushed back on any introduction of a sound recording public performance royalty for AM/FM (terrestrial) radio in the USA, the collection and distribution of digital sound recording public rights, made by the US non-profit organisation established by Congress, SoundExchange, on behalf of artists and producers, was not as efficient and wide-ranging as it could have been.

As a consequence, many US artists, producers and managers worked from abroad, mainly in Europe, in order to benefit from wider sources of income and, in particular, from sound recording public performance royalties.

This sorry state of affair is now over, with the Music Modernization Act (“MMA“) signed into law on 11 October 2018, further to being passed through both the House and Senate.

The MMA is a combination of three bills, as follows.

The Music Modernization Act which aims at improving how music licensing and royalties would be paid in consideration of streaming media services in the three following ways:

The Compensating Legacy Artists for their Songs, Service, and Important Contributions to Society Act (the “CLASSICS Act“), which addresses the situation of sound recordings made before 15 February 1972, which were not covered under federal copyright law, leaving them up to the individual states to pass laws for recording protection. This had created a complex series of laws that made it difficult for copyright enforcement and royalty payments. The CLASSICS Act sets out that sound recordings before 1972 are covered by copyright until 15 February 2067, with additional language to grandfather in older songs into the public domain at an earlier time. Indeed, recordings made before 1923 will enter the public domain on 1 January 2022, with recordings made between 1923 and 1956 being phased into the public domain over the next few decades.

The Allocation for Music Producers Act (“AMP“) set outs that SoundExchange must also distribute part of the royalties on sound recordings, collected on digital sound recording public rights, to “a producer, mixer or sound engineer who was part of the creative process that created the sound recording“.

While the Music Modernization Act streamlines the music-licensing process in the digital era, it is worth noting that the more beefy provisions set out in the Fair Play Fair Pay Act have not been incorporated in it. Indeed, the Fair Play Fair Pay Act had been designed to harmonize how royalties were paid by terrestrial radio broadcasters and internet streaming services, on sound recording public rights. While songwriters and composers will now receive mechanical license royalties on both digital streaming and radio plays, performing artists and music producers will remain at a disadvantage since their performance royalties will keep on only being collected by SoundExchange on digital and streaming plays; not on terrestrial radio plays. It is baffling that the US government still considers such use of songs and sound recordings on radio to be merely “promotional” and therefore devoid of royalties for performers.

While the MMA is, without any doubt, a step in the right direction, to improve the financial well being of US songwriters, composers and lyricists, and, to a degree, of US artists, producers and performers as well as US music professionals such as music producers, engineers and mixers, these US reforms are nowhere as forward thinking and protective towards right owners than the DSM Directive or, even, the current EU copyright and neighbouring rights protection framework. Indeed, all the provisions set out in the MMA relate to the protection and remuneration of rights which have long been fully protected, and monetised, in the EU.

To conclude, the EU remains at the forefront of protecting right owners in the digital era, compared, in particular, to the USA, and it will be interesting to watch which side of the protection spectrum the United Kingdom decides to take, once it fully withdraws from the EU and ceases to have any obligation to transpose the DSM Directive in its national law, as a member-state, on 29 March 2019.

Why Register My Copyrights? The Benefits of Copyright Registration

Ready for lift off? – General Obligations and Liabilities under the Space (Launches and Returns) Act 2018

The new data retention laws – what should you be aware of?

Born in the USA: When Can Products Be Marketed as “Made in the USA”?

Best Lawyers: A Technology Powerhouse in the Legal Industry