In the wake of national protests and international media attention on police brutality across the United States, Connecticut is implementing a new Police Accountability Bill to bring answerability to their state and to protect those communities disproportionately affected by the current use of force allowances.

What does this new Police Accountability Bill change and what does it mean for Connecticut residents? We reached out to Best Lawyers recognized attorneys to discuss the new bill.

What standards are used to justify use of force by police in Connecticut, as the law is currently written? What of those standards does the new Police Accountability Bill change?

Before the Police Accountability bill, Connecticut General Statutes 53a-22(c) stated that police can use deadly force when they reasonably believe that it is needed to (1) defend themselves or others from the use or imminent use of deadly physical force, or (2) arrest a person or prevent their escape if they reasonably believe a felony was committed that led to serious physical injury or the threat of serious physical injury.

This bill would require officer actions to be "objectively reasonable given the circumstances", such as whether the person was in possession or appeared to be in possession of a deadly weapon. Officers would have to engage in reasonable de-escalation measures before using deadly physical force.

An officer's prior actions would also be considered. Deadly force would not be justified if the officer's actions led to an increased risk of a situation where deadly force was needed. Officers attempting to arrest or prevent the escape of a person must exhaust all reasonable alternatives and reasonably believe that the deadly force will not create a substantial risk of injury to a third party.

Will the current timeline present legal challenges for residents actively in use of force litigation?

That is not an easy question to answer as certain sections of the bill did not immediately take effect. For example, April 2021 is the date for police departments to receive new guidelines for justifiable use of deadly force. The changes in the qualified immunity law will not go into effect until July 1, 2021, at the earliest.

As to qualified immunity, the bill essentially would eliminate the possibility of police claiming governmental immunity when sued if they deprive an individual or class of individuals of equal protection under state law. The immunity defense could not be used if a "...police officer, acting alone or in conspiracy with another…shall deprive any person or class of persons of the equal protection of the laws of this state…”. Previously, individuals could only sue in cases involving wrongful arrests and unreasonable searches and seizures. Moreover, they could only collect damages if the officers’ actions were “wanton, reckless or malicious”. Otherwise, police were immune by default. This will create a larger variety of litigation.

In your experience as an attorney, what recommendations would you give to Connecticut residents as the new use of force law goes into effect?

The recent past has brought us many high-profile incidents between police and the public, especially the African American public. The recent deaths of George Floyd, Breonna Taylor, and Rayshard Brooks spurred widespread protests against police brutality and racial injustices. There is an old saying that “those who cannot learn from history are doomed to repeat it”, and society must understand how these injustices happened and what steps are being taken to remedy them. Connecticut residents must understand where we have been and where we hope to go with this new bill.

What other changes have been brought on by this bill that the public and potential clients should be aware of?

Among the new rules that took effect on October 1, 2020, were tighter restrictions on police searches and criminal penalties for those who call in an incident based on race.

Cops can no longer ask to search a car during traffic stops. The law prohibits police from asking motorists for permission to search their cars during routine traffic stops. Under the law, police must have some other probable cause to search a car, or “unsolicited consent” during the stop. Police cannot ask for more than the driver’s license, insurance and registration or “other documentation or identification directly related to the stop” when the motor vehicle violation is the only reason for the stop. A similar section bans police from searching a person based solely on the person’s consent without other probable cause.

Falsely reporting a crime is already against the law in Connecticut, but this new bill has created a law stating that calling in a false crime on a person or group because of their race, religion, disability, sexual orientation or gender identity is now considered a felony, as opposed to a misdemeanor.

Other changes to policing brought by the law, including adjustments to qualified immunity that protect police from lawsuits over their conduct and further restrictions on the use of deadly force, go into effect in 2021. Given the vast changes in this law, clients should call their attorney to remain informed in this area.

What standards are used to justify use of force by police in Connecticut, as the law is currently written? What of those standards does the new Police Accountability Bill change?

Currently, officers are justified in using deadly force when they believe it necessary to defend themselves or others from the use or imminent use of deadly force. The new policy states that use of force must be objectively reasonable. Factors to consider include whether the person possesses or appears to possess a deadly weapon and whether the officer first engages in reasonable de-escalation measures before using force.

Does the new Police Accountability Law have any implications for other non-police public servants?

What should clients know about their rights regarding this new bill?

The new legislation expands the types of police conduct that could be actionable. The statute of limitations for bringing a claim is now one year after the actionable event. There is no longer a requirement of notice to the municipality of the intention to file suit prior to bringing the action. The legislation establishes a cause of action against officers who deprive individuals of the equal protections or privileges and immunities of State law as listed in Article 1 of the Connecticut Constitution. This permits individuals to file state civil lawsuits for alleged violations of an individual’s state civil rights, and governmental immunity is not an applicable defense.

Koskoff Koskoff & Bieder’s litigation against a world-renowned higher education institution is expected to set a precedent impacting civil rights, copyright and social justice. Along with the types of cases the firm typically handles, they are willing to take on unusual and untested legal issues – an honor to the legacies of its longtime leaders. 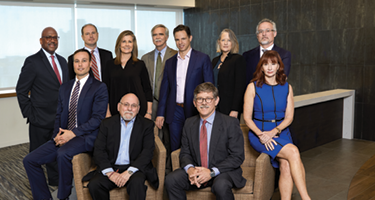 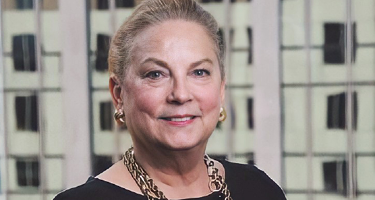