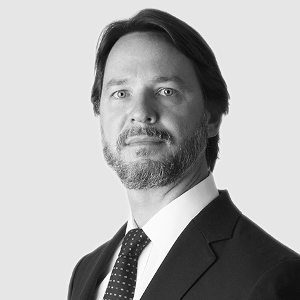 Origin of the Case

On March 13, 2014, Banco International filed a collection lawsuit (demanda ejecutiva) against Agrícola Santa Fe Limitada, for the non-payment of a loan in dollars, payable in said currency and documented in a promissory note.

As part of its defense, the defendant invoked that the interest rate determined by the bank exceeded the conventional maximum interest rate in force, whereby requested the Court not to consider said pact and to reduce the interest rate to the common interest rate (tasa de interés corriente) according to the article 8 of Law 18,010 about money lending operations.

Lastly, and bearing in mind the SBIF’s statement, the First Instance Court rejected the exceptions opposed by the defendant and ordered to continue with the collection process until the lender is paid.

Against this latter resolution, the defendant presented an annulment remedy before the Supreme Court, invoking as main argument, an incorrect application of the rules of the Law 18,010 about money lending operations.

The remedies were rejected by the Supreme Court though sentence dated September 27, 2016, based on the following reasoning:

This sentence reflects the criterion that consistently has been applied to date by the banking industry, based on the above-mentioned interpretation, issued by the SBIF.

Notwithstanding the above, we have to point out that article 5 of the Law 18,010 explicitly states the four types of money lending operations in which the interest rate limit does not exist, without making any reference to Foreign Currency Loans. Furthermore, it must be highlighted that until year 2002, the SBIF determined the common interest rate (necessary base to determine maximum interest rate) for loans in foreign currency payable in dollars of the United States of America.

Additionally, it shall be noted that Law 18,010 defines money lending operation as “operations in which one of the parties delivers or undertakes to deliver an amount of money and the other party undertakes to pay said money in a different moment than the one when the convention is celebrated”. We, therefore, understand that if a loan (as it is the case) is documented in a promissory note, this promissory note will be ruled by Law 18,010 and by Law 18,092 over promissory notes and bills of exchange, even if the parties decide to rule the promissory note by other legal statute, as a matter of public policy.

Considering the abovementioned, it is difficult to ensure that the conclusion adopted by the Supreme Court in the referred sentence will remain totally immutable in time, considering also the relative effect of the sentences in Chile.

1This criterion had been already expressed by the SBIF through communication No. 14,396 dated November 20, 2009, addressed to Corpbanca's CEO.