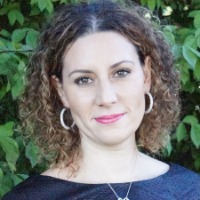 The year 2017 had brought a number of key changes in the policy and administration of immigration law. These changes impact not only the “illegal immigrants,” but also those individuals who are seeking lawful means of immigrating to the United States. There are four lawful paths for a foreign national to attain legal status in the U.S., one of which is through sponsorship by a U.S. employer.

As a result of President Trump’s Buy American, Hire American Executive Order, there were two major policy changes that directly impact the ability of American companies to hire and continue the employment of qualified professionals, thereby impeding their ability to compete for top global talent.

The first of these changes was the way U.S. Citizenship and Immigration Services (USCIS) interpreted the eligibility criteria for H-1B specialty occupation classification. The H-1B category was created more than 25 years ago to enable U.S. employers to sponsor highly skilled foreign professionals (such as engineers, accountants, software developers, architects, etc.) in order to fill gaps in the U.S. workforce. Each fiscal year, the Department of State releases a limited number of H-1B visas (the so-called H-1B cap), and since demand for these visas far exceeds supply, USCIS conducts a lottery of all the petitions filed by sponsoring employers in the first week of April to determine which petitions can proceed to review.

In the last H-1B cap season, which took place in April 2017, those few lucky employers who did “win” the lottery saw a slew of unprecedented requests for evidence (i.e., remands also known as RFEs) challenging whether the positions offered to the foreign worker qualified as “specialty occupations.” A specialty occupation is an occupation that is sophisticated enough to require the worker to possess at least a Bachelor’s degree in a discipline directly related to the occupation in order to successfully execute the day-to-day duties. While USCIS has broad discretion to evaluate the eligibility for the sought immigration benefit, these particular RFEs evidenced a completely new interpretation of what for years has been well-settled law and policy. Specifically, these so-called Level I RFEs challenged whether occupations, which have historically been recognized as professional positions (software engineers, programmers, architects, accountants, etc.), qualify as “specialty occupations” if the offered position is an entry-level role. This caused major problems for employers who, over the years, successfully sponsored foreign workers to fill these positions due to a shortage of qualified U.S. candidates.

While this change in policy manifested itself in the form of a new adjudication trend, the second major policy change affecting employment-based immigration was a published memorandum whereby USCIS officially rescinded its long-standing policy of deference to past adjudications.

For over a decade, USCIS’ policy has been to give deference to prior adjudications of fact in the context of requests for extensions in which there has been no material change to the terms and conditions of employment, no material error in the previous adjudication, and no new material information that would adversely impact the previous adjudication. Under this new policy, a U.S. employer that has previously secured approval to sponsor a foreign worker to fill a key role within the employer’s organization may now have a denial on the exact same facts when the visa extension petition is adjudicated by a different officer. This, in turn, can significantly undercut the employer’s ability to carry out its operations.

We have yet to see how this change in the deference policy will play out in practice. However, we are seeing a number of radical changes in policy and adjudication of employment-based immigration filings, which is starting to drastically change the landscape of talent acquisition for many employers.

Rosanna M. Fox is the co-founding partner of Lepore Taylor Fox LLP in Ridgewood, New Jersey, and serves as the head of the firm’s entrepreneur and startup practice. She advises foreign entrepreneurs and investors in all aspects of starting a business in the United States, with a focus on immigration strategy and planning. Over her many years of practice, Rosanna has successfully advised startup companies in a range of industries with respect to temporary work visas as well as green card strategies. In addition, Rosanna has extensive experience advising domestic and multi-national companies, including Fortune 500 companies, with respect to short- and long-term immigration strategies and programs. She has also advised her clients with respect to the full range of worksite compliance issues including Form I-9 compliance, E-Verify registration and compliance, public access files, and government site visits.