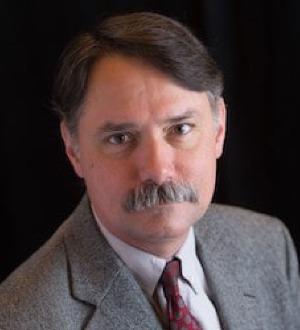 The U.S. House Antitrust Subcommittee of the Judiciary Committee’s recent hearings into “big tech” and antitrust were “must see TV” for antitrust attorneys.

Over the five hours of testimony, many interesting questions were asked of the leaders of Apple, Google, Facebook, and Amazon; unfortunately, the format often left little time for answers.  Because so many of our clients—manufacturers, retailers, and others—are active in the online retail space, we thought we would focus on Amazon and Jeff Bezos’s statement and answers.

These hearing are not the only antitrust scrutiny that Amazon is receiving.  The FTC and the states of California and Washington appear to be investigating the company and its actions.  Given all the publicly available information, what did the hearings teach us about the kinds of antitrust claims that might be made against Amazon in any antitrust suit?

Several of the questions involved allegations that Amazon had somehow “stolen” or misused data from some of its manufacturers or third-party sellers to determine which products it would begin to produce as private label goods.  Many of these questions grew out of a long Wall Street Journal report in April.  Bezos explained that Amazon’s policy is not to use data of an individual seller to make such decisions, although the company continued to investigate possible violations.  Also, Bezos clarified that aggregate data, which he defined as data relating to at least two sellers, could be used by Amazon under its policy.

As commentators have pointed out, retailers deciding to sell private label goods along with, or instead of, branded goods is not inherently an antitrust violation; in fact, many retailers like Kroger’s and Costco obtain significant revenue from the practice.  Bezos himself pointed out that Amazon’s policy limiting its use of data from the other sellers was “voluntary” and not required by any current law.  One of the questions at the hearings hinted at an allegation that Amazon might be in a different position than other retailers, either because of its size or greater access to seller data; unfortunately, inadequate time was given for a response.  Any antitrust actions here would need to be able to take on all private label goods sold by large retailers or explain why Amazon’s actions are uniquely anti-competitive.

At least two sets of questions focused on potential “predatory pricing” by Amazon, that is, pricing products so low that competitors are forced out of the market.  The first set involved allegations from many years ago that Amazon had drastically lowered prices on diapers to weaken Diapers.com, later renamed Quidsi before Amazon purchased it.  In response to questioning, Bezos claimed to be unfamiliar with the details of pricing of one product nearly ten years ago.  In the second set, Bezos was asked if Amazon ever priced Echo or Ring or other in-home assistants below cost.  He claimed that the price of those products usually was above cost, although sometimes their prices might be below cost during periodic promotions.

As readers of this blog know, current law makes predatory pricing illegal only if a monopolist’s prices are very low, usually defined as below variable costs, and there is a chance that the monopolist can later raise prices to recoup its losses.  Certainly, not enough time was spent on the topic during the hearings to address those details in these Amazon examples.  Also, other commentators have already disputed the implications from the Quidsi story, describing it as another example of a retailer using a pro-competitive “loss leader” strategy to build customer loyalty to the store.  (In fact, it appears that Quidsi was trying to follow that exact strategy itself.)  While the questions did not directly lead to evidence of a violation under today’s law, it is possible that these hearings will lead to legislation to alter antitrust law’s current view of such aggressive pricing.

Finally, Bezos was asked several times in several ways about Amazon’s treatment of its “partners,” both the manufacturers and third-party retailers who sell to consumers on its marketplace as well as manufacturers who sell directly to Amazon.  Many of the questions included quotes from anonymous third parties who felt a need to be on Amazon:  “have to work with them,” “we’re stuck,” “nowhere else to go.”

Legislators then asked Bezos about Amazon’s actions that allegedly harmed those “stuck” third parties, such as being restricted or de-listed from the marketplace for no apparent reason.  Bezos was also asked about how Amazon determined which seller was listed in the all-important “Buy Box” as the lead response to any customer inquiry on Amazon.  He admitted that sellers who participate in Amazon’s Prime program and Fulfillment by Amazon were more likely to be listed in the Buy Box because Amazon’s algorithm considers participation in those programs as more likely to lead to satisfied customers.

The information elicited by these questions could be useful to antitrust challengers making various antitrust claims such as illegal tying or monopolization.  In any of those cases, such a  challenger would need to show that Amazon had some level of market power.  The numerous examples of third parties feeling obligated to deal with Amazon, despite their misgivings, might prove useful in that analysis.  As to Amazon’s actions, any challenge under current antitrust law would need to show anti-competitive effects on consumers, not just competitors like the other resellers referenced in the hearings.

As we explained elsewhere, under current U.S. antitrust law, any antitrust challenger would need to show both that Amazon is a “monopolist” in a properly-defined market and that its actions maintained that monopoly.  While some questioners at the hearings claimed that Amazon’s share of certain online markets was well above that of every other seller, even those figures near 50% are unlikely to be sufficient themselves to show that Amazon is a monopolist.  The numerous examples of third parties feeling obligated to deal with Amazon, despite their misgivings, might be enough to show that Amazon really does have monopoly power.  As to Amazon’s actions, any challenge under current antitrust law would need to show anti-competitive effects on consumers, not just competitors like other resellers.  Here, challengers would need to allege and show higher prices, lower quality service, or other negative effects on customers, either now or in the near future, because of Amazon’s actions.

Much of the information shared at the hearings, like the pleas from a small third party seller to be fully reinstated to Amazon’s marketplace, made for bad publicity for the company but, on its own, is unlikely to sustain an antitrust challenge.  Some of the information, like about Amazon’s misuse of its alleged power to determine who sells on its platform, came closer to supporting a claim under current law.  Whether under current law or after any legislative changes spurred by the hearings, Amazon will continue to face serious antitrust scrutiny by enforcers and private plaintiffs alike.