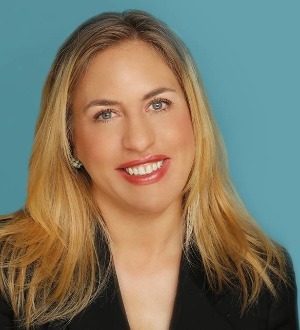 The board of a condominium on the Upper East Side approached Adam Leitman Bailey, P.C. searching for assistance in negotiating a license agreement with a large-scale real estate developer; they hoped to install protective measures concerning a massive adjacent demolition and construction project for a new commercial building that services the entertainment and music industry.

In addition to ensuring the protection of the historic building and its unit owners, the board was concerned about the strong potential for disruptive noise and vibration from the demolition and construction activities. The condominium board was also concerned that the design and use of the adjacent building, by members of the entertainment industry, would interfere with the unit owner’s use and enjoyment after the completion of the project. The location of the mechanical equipment servicing the new building created an additional concern for the board, who feared that tenant use and enjoyment of the building’s amenities would be further hindered by disruptive noise.

In particular, the board sought to ensure that upon completion of the construction project, the exterior recreational areas of the adjacent building would not create unreasonable disruptive noise and vibration.

Leveraging its extensive expertise in the negotiation of license agreements on behalf of adjacent owners and developers, Adam Leitman Bailey, P.C. engaged a team of professional experts; this team consisted of architects and geotechnical engineers, operating on behalf of the board, to review and comment on the developer’s proposed plans for demolition, support of excavation, subsequent construction, and to identify all protective measures for the condominium building mandated by the project.

The architect and engineers identified a plan for the building to ensure that any movement of the building related to the adjacent construction would be closely monitored. Additionally, they instated a tight and formal protocol in case of an event in which the building moved, this plan established continued consultation between the board’s professionals and the developer’s professionals about alternative means and methods of work to mitigate damage to the condominium building.

The board’s professionals also submitted numerous amendments to the temporary safety protections proposed by the developer that not only ensured the proper protection of the condominium building and its residents, but that such temporary protections wound not interfere with multiple capital improvement and renovation projects the board had planned for the building. It was agreed that the developer would coordinate its project with the board’s planned work.

Adam Leitman Bailey, P.C. also engaged a leading acoustician in New York City to review and evaluate the developer’s plans for the interior and exterior of the new building to identify potential sources of noise and vibration that would impact the condominium’s residents.

Adam Leitman Bailey, P.C., together with its expert acoustician, reviewed the plans for the exterior recreational areas at the roof level of the proposed new building as well as the mechanical equipment design plans at the roof level.

They concluded that the noise was a serious concern.

Not only did the rooftop recreational area pose significant noise concerns, the noise of the planned mechanical equipment would emanate to the rooftop amenities of the condominium building and interfere with the tenants use and enjoyment of their home.

Based on such findings, Adam Leitman Bailey, P.C. convinced the developer not only to modify the installation of the mechanical equipment, but to agree to compensate the board for a high tech “sound cancelling wall” to mitigate the noise and vibration at the roof level.

This case demonstrates the ability of Adam Leitman Bailey, P.C. attorneys to dive into the nuances of a board’s concerns regarding large-scale adjacent construction projects. Under the circumstances, Adam Leitman Bailey, P.C. attorneys were able to successfully negotiate terms and conditions designed around the individualized objectives and concerns of a board.

Cuomo’s Crisis: What a Weakened or Departing Governor Means for Real Estate

Demolition: One of the Last Ways to Deregulate a Building

Terminating An Easement in 2021

The “Irreparable Harm” Conundrum in Obtaining a Preliminary Injunction